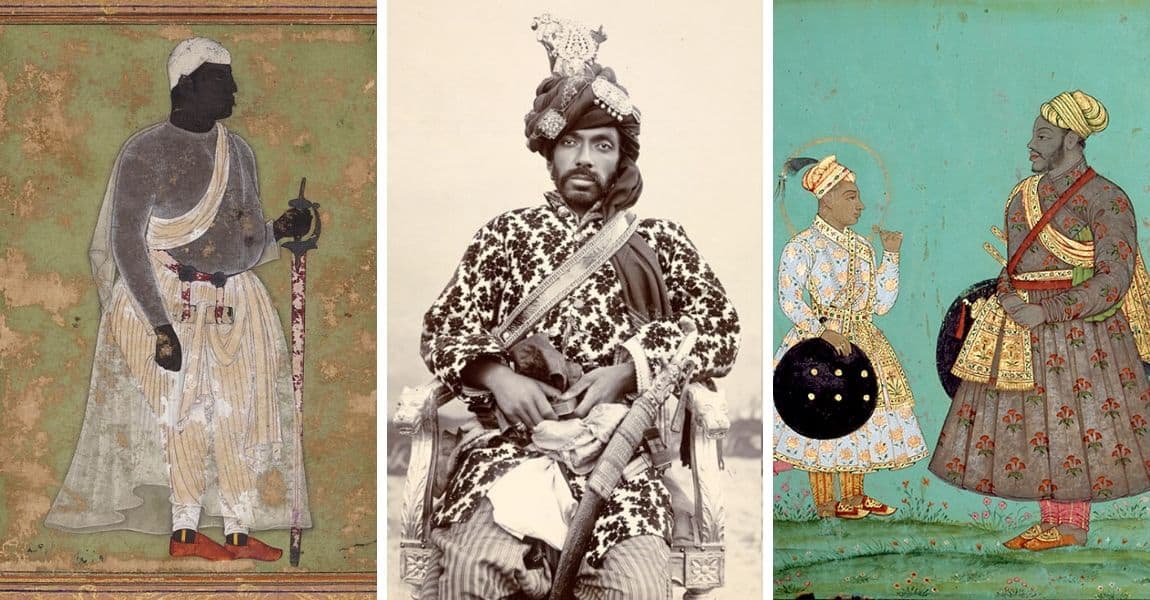 “…The darkest man is here the most highly esteemed and considered better than the others who are not so dark. Let me add that in very truth these people portray and depict their gods and their idols black and their devils white as snow. For they say that God and all the saints are black and the devils are all white. That is why they portray them as I have described.” – Marco Polo,after visiting the Pandyan Kingdom in 1288

More than a thousand years before the foundations of Greece and Rome, proud and industrious Black men and women known as the Dravidian erected a powerful civilization in the Indus Valley. From those origins, African Kings in India drove the region’s commerce, culture, and belief systems.

“Ethiopians have had very intimate relations with Indians. In fact, in antiquity the Ethiopians ruled much of India. These Ethiopians were called the Naga. It was the Naga who created Sanskrit. A reading of ancient Dravidian literature which dates back to 500 BC, gives us considerable information on the Naga. In Indian tradition the Naga won central India from the Villavar (bowmen) and Minavar (fishermen).”

He goes on to say “The Naga were great seamen who ruled much of India, Sri Lanka and Burma. To the Aryans they described as half man and snake. The Tamil knew them as warlike people who used the bow and noose. The earliest mention of the Naga, appear in the Ramayana , they are also mentioned in the Mahabharata. In the Mahabharata we discover that the Naga had the capital city in the Dekkan, and other cities spread between the Jumna and Ganges as early as 1300 BC. The Dravidian classic, the Chilappathikaram made it clear that the first great kingdom of India was Naganadu.

The Naga probably came from Kush-Punt/Ethiopia since the Puntites were the greatest sailors of the ancient world, and in the Kemetic inscriptions there is mention of the Puntite ports of Outculit, Hamesu and Tekaru, which corresponds to Adulis, Hamasen and Tigre.”

Even the legends of India revere the Black race that laid the foundation of their civilization, and the holiest books of India also affirm that enlightenment came from Ethiopia ((The first God of India was a dreadlocked black man called Shiva.)

Little is known about Shahzada Khoja Barbak – the Ethiopian that conquered the Bengal Kingdom and established the Habshi dynasty in 1487. But we know that he was a Siddi.

The Siddi, also known as Sidi, Siddhi, Sheedi,Sawahili or Habshi, are an ethnic group inhabiting India and Pakistan. Members are descended from the Bantu peoples of the East African region.
African Siddis in a moment of levity with Aryans.

We also know that he was assassinated by one of his own shortly after coming to power. The man who took his place was Malik Andil Khan Sultan.

Upon assuming the throne, Malik Andil Khan changed his name to Saifu-d-din Abul Muzaffar Firuz Shah, and actually proved to be a wise king.

According to coins found bearing his name, he reigned from 1487–1490. He secured peace and comfort for his subjects, was “matchless in his generosity”, and “bestowed on the poor the treasures and largess of past sovereigns, who had hoarded the same with considerable exertions and pains.” A story from the Bibliotheca India illustrates his empathy for the poor:

The members of Government did not like this generosity towards the poor, and used to say to one another: “This Abyssinian does not appreciate the value of the money which has fallen into his hands, without toil and labor. We ought to set about discovering a means by which he might be taught the value of money, and to withhold his hand from useless extravagance and lavishness.” Then they collected that treasure on the floor, that the king might behold it with his own eyes, and appreciating its value, might attach value to it. When the king saw the treasure, he inquired: ” Why is this treasure left in this place?” The members of Government said: “This is the same treasure that you allotted to the poor.” The king said: “How can this amount suffice? Add another lak to it.”

Today, you can still visit a mosque, a tower and a reservoir in the city of Gaur erected by him.

Jamal began his rise to power in Delhi as a habshi, one of many enslaved Africans of East African descent frequently employed by Muslim monarchs as mercenaries and members of royal security teams. Shortly after his employ began, the then reigning sovereign Queen Raziya (1236- 1240) the first female monarch of Delhi took a liking to him. He was subsequently promoted to a royal courtier and later rose to occupy the important post of superintendent of the royal stables.

She awarded him the honorific title Amir-al-Khayl (Amir of Horses) and later the much higher Amir-al-Umara (Amir of Amirs), much to the discontent of the Turkish nobility who at the time also had dealings in the region.

Already resented for being a woman ruler by the Muslim nobles and clerics, Razia’s proximity to an Abyssinian slave (considered racially inferior to the Turkish nobles who ruled the Sultanate) alienated the nobility and clerics and soon provoked open rebellion and conspiracy.

Jamal al-Din Yaqut was eventually killed off by his haters.

Malik Sarwar, also described as a Habashi, became the governor of Jaunpur, a sultanate close to Delhi. Under the title of Malik-us-Shark (king of the east) he captured the Jaunpur province. According to the History of Medieval India, Part I (S.Chand& Co, 2007), “In 1389, Malik Sarwar received the title of Khajah-i-Jahan. In 1394, he was appointed as the governor of Jaunpur and received his title of Malik-us-Sharq from Sultan Nasiruddin Mahmud Shah II Tughluq (1394 – 1413).

Soon, he established himself as an independent ruler and took the title of Atabak-i-Azam. He suppressed the rebellions in Etawah, Koil and Kanauj. He was also able to bring under his control Kara, Awadh, Sandila, Dalmau, Bahraich, Bihar and Tirhut. The Rai of Jajnagar and the ruler of Lakhnauti acknowledged his authority and sent him a number of elephants. After his death, he was succeeded by his adopted son Malik Qaranfal, who took the title of Mubarak Shah”Malik Sarwar and his five successors namely Malik Mubarak Quranfal, Ibrahim Shah, Mahmud Shah, Bhikhan Khan and lastly Hussain Shah are called Sharqi kings who ruled the kingdom of Jaunpur for little less than a century. They were all without exceptions black Indo-Africans otherwise called Habashis or the Ethiopians in India.This was the period of peace and prosperity in the history of Jaunpur witnessing remarkable achievements in the fields of art, architecture, education, trade and commerce.

One of the most famous among the Indo-Africans was the celebrated Malik Ambar (1550-1626). Malik Ambar, whose original name was Shambu was born around 1550 in Harar, Ethiopia. After his arrival in India, he was able to raise a formidable army and achieve great power in the west Indian realm of Ahmadnagar.

Ambar was a brilliant diplomat, tactician, and administrator. In 1590, Ambar broke away from Bijapur and built an independent mercenary army of over 1500 African, Arab and local Dakani men.

“…he appears to have been the most enlightened financier of whom we read in Indian history.”

Ambar also organized a 60,000 horse army and successfully beat back the Moguls for the next 20 years. The Moguls could not conquer Dakan until after his death.

In the 16th century, there were many other powerful Habishi in the political scene of India. Chingiz Khan, the prime minister to Nizam mul-Mulk Bani, King of Ahmadnagar in 1575, was of African origin.

After the king’s death, the king’s son Murtaza I led a successful revolt with several Habshis against his mother’s claim to power. In 1595, during the reign of Murtaza II, the prime minister Abhangar Khan was also a Habashi.

Today, the Habshi communities have been diminished due to widespread intermarriage with other Muslims, but their influence is undeniably imprinted on the faces of the people there today, as well as the local architecture.

The men mentioned above are just a few of the Abysinnian, Habasi, Ethiopian, and Dravidian rulers, leaders, and wise men that shaped today’s India.

Their existence should reinforce the fact that MORE RESEARCH NEEDS TO BE DONE, so that we have the irrefutable proof of what we already knew; that the African man and woman brought the light of civilization to the world.