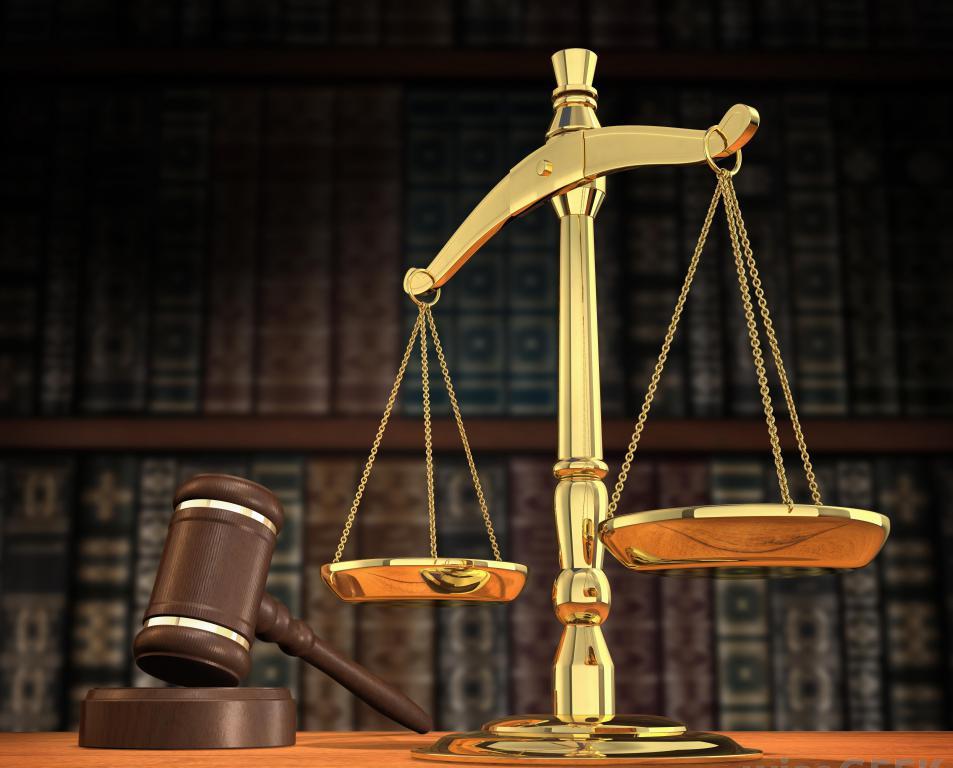 The Ethiopian Transport Ministry’s report shows the doomed 737 Max 8 possessed a valid certificate of airworthiness, the crew was trained and licensed and the take-off roll was normal; Doug McKelway reports.

EXCLUSIVE: Father Eskedar Getaneh stepped out of his house on April 12 to screams from surrounding neighbors in the village of Arkumbi Kebele in the Oromo region of ethnically divided Ethiopia.

Eskedar, a 47-year-old, ethnically Amhara priest with the Ethiopian Orthodox Church, watched as neighbors fled their homes from Oromo regional forces suddenly intent on removing Amharas from the village.

“There was not ever discrimination, not ever before — this was an attack that happened after they decided to make us evacuate,” Eskedar, who lived in the village for 29 years, said.

The Oromo regional forces accused the Amhara community of housing members of the National Movement of Amhara (NaMA), an opposition political party, but Eskedar said this was merely an excuse to target the largely Amhara-occupied village.

Eskedar said he knew of 16 people who were killed that day.

Over a three-day period, more than 700 houses were burned, at least 23 people were killed, and 27,000 Amharas were forced out of six other surrounding villages, according to the Amhara Association of America.

The priest and his eight children separated into groups of three and fled — not daring to stay together in case they were captured and killed.

Separately, they made the arduous 275-mile trek from their village to Bahir Dar in the Amhara region – a trip that took two weeks by foot and various means of transport.

Eskedar’s story echoes chilling accounts from another region of Ethiopia, its northernmost, Tigray.

Violence there between the Ethiopian government and the Tigray People’s Liberation Front (TPLF) has garnered international attention, and the U.S. has called on the Ethiopian prime minister to gain control and facilitate humanitarian aid.

On Monday, the State Department forcefully condemned the “human rights violations, abuses, and atrocities” occurring in Tigray and announced new visa restrictions against those “responsible for, or complicit in, undermining resolution of the crisis in Tigray.”

Over a million people have been displaced by the conflict in Tigray, and at least 2,000 have been killed – though due to unreliable reporting, the actual figures are believed to be much higher.

But Eskedar’s story didn’t happen in Tigray. His Amhara village was located roughly 500 miles to the south, in the Oromo region.

But this second human rights crisis plaguing Ethiopia has been largely unacknowledged by top U.S. officials.

The complex ethnic prejudices felt throughout Ethiopia go back decades, exacerbated by a constitution that sectionalized the nation.

Drawn up in 1994, the constitution divided Ethiopia along ethnic lines into nine regional states, allowing each region the right to self-govern.

But rather than embracing all major ethnicities under a system of ethnic federalism, it made those living outside their corresponding ethnic regions, like the Amaharas in Oromo, subject to second-class citizenry, and worse.

The Amhara’s plight emerged from a history of conflict that has battered the region’s people for decades.

In 1974, a brutal civil war broke out after a military junta staged a coup against Emperor Haile Selassie. It raged until 1991, when the Ethio­pian People’s Revolutionary Democratic Front (EPRDF) overthrew the military regime and instated Meles Zenawi as prime minister, who ruled until his death in 2012.

Though the Tigrayans make up only about 6% of Ethiopia’s population, they dominated the EPRDF and effectively acted as the ruling ethnic group until 2018.

Members of the Amhara and Oromo ethnic groups – that combined account for over 60% of Ethiopia’s population – grew frustrated by the seemingly disproportionate rule of the Tigrayans, and by 2016 the government faced widespread protests over human rights abuses and corruption.

Abiy Ahmed, who is ethnically Oromo, became prime minister in 2018, though his leadership has been frequently contested by those in the Tigray region.

Abiy ordered an immediate military response to a Nov. 3, 2020 attack by TPLF on a federal military base in Tigray.

The Ethiopian military, Eritrean troops and Amhara militia have engaged in guerilla warfare since, killing civilians en masse and using sexual violence as a weapon.

But the Tigray are not the only ethnic group in Ethiopia experiencing targeted attacks. The Amhara have been subject to large-scale assaults that have escalated since last summer.

Less than a week after fighting between the TPLF and government forces began in November, a community comprised largely of ethnic Amharas were targeted by a Tigrayan youth group known as “Samri,” who are believed to be sympathetic to the TPLF.

On Nov. 9, 2020, at least 717 people in the town of Mai Kadra were brutally murdered in homes they shared with fellow seasonal workers and their families, according to the Amhara Association. The victims were largely Amhara.

“They killed hundreds of people, beating them with batons [and] sticks, stabbing them with knives, machetes and hatchets, and strangling them with ropes,” the Ethiopian Human Rights Commission found following an investigation into the attack.

“It has been made apparent that the attack was ethnicity-based and specifically targeted men the attackers profiled through, amongst other things, identification cards, as Amharas,” the report added.

Some estimates of those killed in the Mai Kadra range as high as 1,200.

But despite continuous reports of human rights abuses against the Amhara, top U.S. officials have refrained from publicly acknowledging the Amhara as victims.

In an April 29 letter to Ambassador Jeffrey Feltman, Special Envoy for the Horn of Africa, five Democratic senators led by Maryland Democrat Sen. Ben Cardin urged the administration to address the human rights abuses occurring outside of Tigray.

“We must be unequivocal in stating that violence against civilians anywhere, regardless of their ethnicity, religion, or politics, is a threat to Ethiopians everywhere and will not go unanswered,” the letter read.

Sen. Cardin’s office said it has received hundreds of emails from constituents on the violence in Ethiopia, including more than 100 on ethnic violence occurring outside of the Tigray region.

But not signing the letter was Maryland Sen. Chris Van Hollen, chairman of the Senate Foreign Relations subcommittee on Africa and Global Health Policy, despite a then-upcoming trip to the Horn of Africa in early May with Sen. Chris Coons, D-Pa., to address the conflict in Tigray.

A source close to the matter who wished to remain anonymous told Fox News Van Hollen denied a request to sign the letter in the lead up to the east Africa trip, alleging the letter would “complicate” the planned visit.

Van Hollen did not answer questions on why his name was absent from the letter but said in a statement to Fox News that he had “recently raised this matter directly with the Special Envoy Feltman.”

“I wholly condemn the taking of innocent civilian lives throughout the country – including in the Amhara, Benishangul-Gumuz, Somali, Afar, and Oromia regions,” the Maryland senator said. “I urged a resolution to the intercommunal conflict across the country during my recent trip to the region.

“I will continue speaking out forcefully on this issue,” he added.

But Chairman of the Amhara Association, Tewodrose Tirfe argued the letter penned by Cardin was the “first time that members of Congress addressed the humanitarian crisis outside of the Tigray region.

“We are really concerned that Congress is not really doing its duty in its oversight role of the executive branch,” Tewodrose said.

“Many Ethiopian-Americans do not believe [the State Department] has a holistic Ethiopian policy. It is narrowly focused,” he added.

In response to questions regarding the State Department’s silence about attacks on the Amhara, a spokesperson said, “We have repeatedly raised our concerns at the highest levels about violence and abuses along ethnic lines occurring throughout Ethiopia, including against Amharan people.”

In addition, the spokesperson pointed to the 2020 Human Rights Report as an example of the department’s acknowledgment of targeted attacks against Amhara.

While the report does acknowledge atrocities committed against Amhara, in addressing the Mai Kadra massacre, the report refers to the victims as “non-Tigrayan seasonal laborers.”

“One mistake is, Blinken is looking at it from a Tigray crisis, not an Ethiopia crisis,” a senior congressional staffer told Fox News. “These groups are both victims and victimizers.”

Sources on Capitol Hill said an element contributing to the administration’s silence on abuses outside of Tigray, stems from long-standing State Department bias toward Tigray dating to the Clinton administration.

There is a sense that the Clinton administration set a standard that still serves as a guiding principle in U.S.-Ethiopian policy.

This belief among Ethiopian-Americans is reinforced by Blinken’s condemnation of the Amhara militia operating in Tigray coupled with his relative silence regarding killings of Amhara in other parts of the country.

“Our understanding is the focus on the State Department right now is really the humanitarian crisis in the Tigray region, and they don’t want their messaging to be confused – which is unfortunate,” the Amhara Association chair added. “Human rights atrocities regardless of where they occur should be called out. We should not be selective.”

There is a growing concern among Ethiopian-Americans that if the U.S. does not take a “holistic” approach to the crisis in Ethiopia, there could be a larger security threat.

“This can potentially get out of hand,” Tewodrose said, noting that ignoring targeted attacks against Amhara populations equates to ignoring 30 percent of Ethiopia – a factor that could contribute to a much larger violent conflict.

“There is ethnic cleansing going on against Amharas,” Tedwodrose said.

“What you have in Ethiopia is an ethnic-apartheid system,” he continued, explaining that arbitrary boundaries based on ethnicity have led to ethnic “distrust” and “competition.”

“If the U.S. government, the State Department, Secretary Blinken — if they care about all Ethiopians, if they care about stability in Ethiopia and the national security interests of this country, they need to call out the system,” Tewodrose said.

STATEMENT FROM THE FAMILY OF PROFESSOR GETATCHEW HAILE 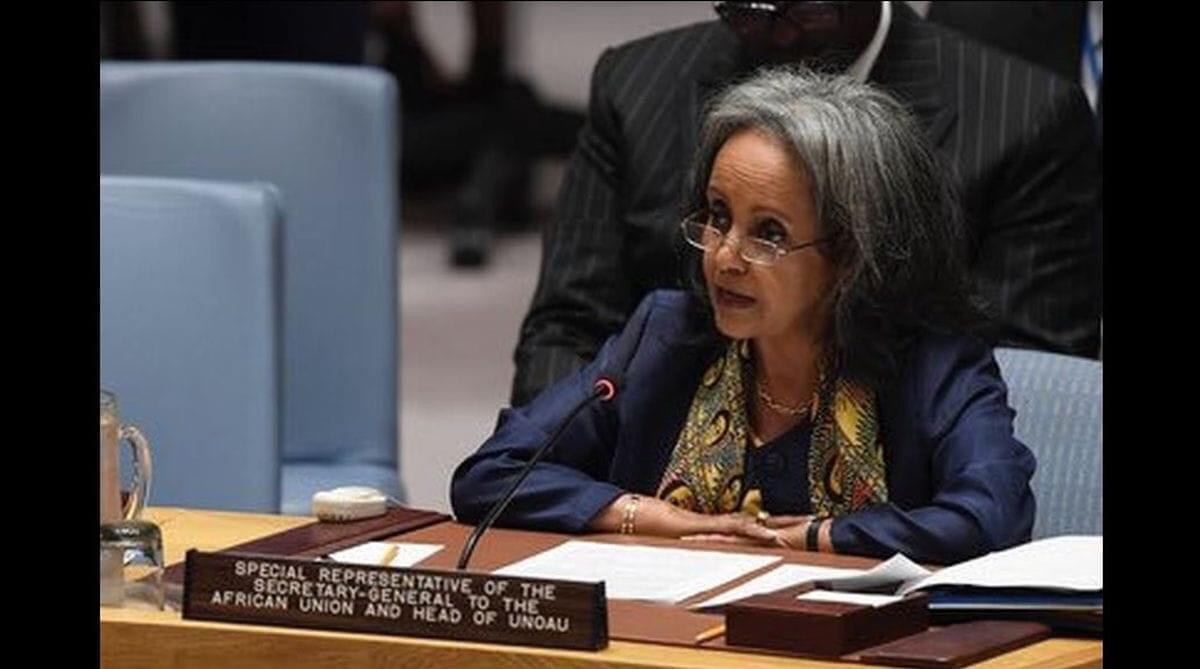 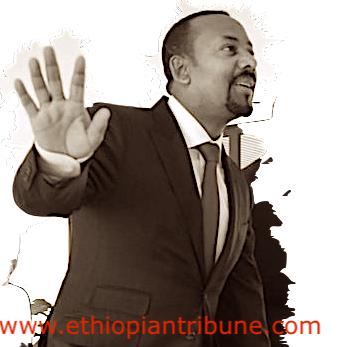