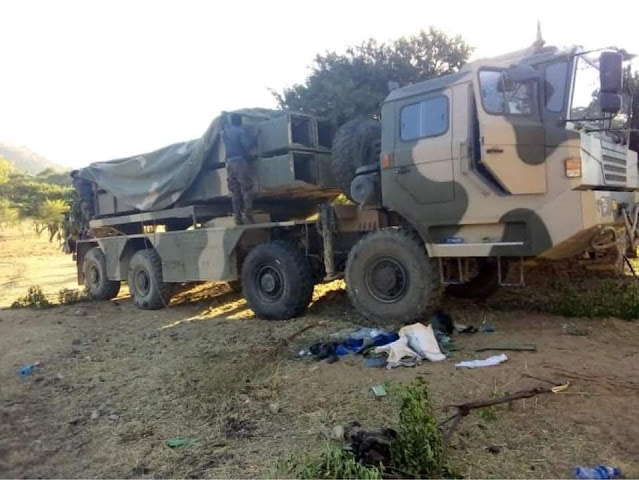 By Stijn Mitzer and Joost Oliemans

The shock of the Ethiopian National Defence Force (ENDF) must have been immense when a Chinese-made M20 short-range ballistic missile (SRBM) impacted the flight line of Bahir Dar air base in northwestern Ethiopia in November 2020, during the early stages of the Tigray War. Although the targetting of Bahir Dar was bound to happen sooner rather than later after the capture of several ballistic missile systems by Tigray forces, the sheer precision with which the missile impacted still must have surprised the personnel at the base. Around the same time some 450 kilometres away, several loud blasts rocked Asmara, the capital of Eritrea, which similarly came under missile fire by Tigray forces. How Ethiopia and Eritrea ended up under fire of ballistic missiles will be the subject of this article.

Looking to significantly expand on its military capabilities and give it a decisive edge over its long-time enemy of Eritrea, and likely also to establish a deterrent to Sudan and Egypt, Ethiopia embarked on an ambitious re-equipment programme in the 2010s that sought to finally alter the military balance in the region in Ethiopia’s favour. At the centre of this armament shopping spree was the inception of two capabilities not yet fielded in Ethiopia before: short-range ballistic missiles and long-range (guided) rockets.Considering the warm military ties between Ethiopia and China, it is little surprising that Ethiopia looked to China for the acquisition of such capabilities. In addition to being one of the few countries willing to supply such technology to Ethiopia, China also produces two systems that combine SRBMs and guided rockets into one modular system. One of these (which uses BP-12As SRBMs and SY-400 guided rockets) had previously already been acquired by Qatar, which has so far only displayed the BP-12As associated with the system.Its direct competitor uses M20 SRBMs and A200 guided rockets, and would go on to enter service with Belarus (under the designation of Polonez), Azerbaijan (again as the Polonez) and Ethiopia. Belarus has established a production line for the rockets itself, and the improved A300 version has meanwhile entered service as the Polonez-M. It is notable that so far only Ethiopia is confirmed as an operator of the M20 SRBM, with Azerbaijan only having acquired the guided rockets and Belarus having displayed the missile, but not yet adopting it into active service.

The M20 SRBM is currently the most modern ballistic missile to have entered service in the African continent. It carries a 400kg HE warhead to a range of at least 280km, making it ideally suited for targeting enemy bases and troop concentrations. Incorporating not only inertial, but also BeiDou satellite guidance, the M20 also boasts a Circular Error Probable (CEP) estimated at some 30 metres. [1] The A200 guided rocket similarly uses inertial terminal and GPS guidance with a CEP of some 30 to 50 metres and can carry a 150kg warhead to a range of 200 kilometers. [2]

When Tigray forces launched their assault on the ENDF’s northern command in November 2020, they quickly seized control over the entirety of Ethiopia’s ballistic missile and guided rocket force. It appears that many of their operators defected to the Tigray side as well, giving Tigray forces the opportunity to start using the systems against their former owners. And indeed, soon Tigray forces did precisely that, launching ballistic missiles at two air bases in Ethiopia and even three missiles at the capital of Eritrea, the latter in response to Eritrea’s involvement in the Tigray war. [3]

Although most of these missile and rocket strikes can’t be independently verified for a lack of launch footage and imagery of the targets, one strike that was fairly well documented was the strike on Bahir Dar air base in November 2020. [4] It is unknown if this strike caused any materiel losses, and it is possible that the Ethiopian Air Force had already moved its aircraft to the nearby hardened aircraft shelters (HAS) in anticipation of a missile strike. What is certain is that the 400kg warhead of the M20 could have taken out a sizeble chunk of the MiG-23BN fighter-bombers usually positioned on the tarmac.

Unfortunately for Ethiopia, its military possessed few systems that could be used to find and neutralise the launchers after their capture by Tigray forces. That said, the biggest threats to the large 8×8 launchers and reloaders in Tigray service were not aircraft or armed drones lurking high in the sky above, but rather narrow roads and passageways, which soon bested at least one launcher. Apparently possessing no equipment that could recover the heavy truck, it was simply left in place together with eight A200 guided rockets.

Some time earlier, in December 2020, Ethiopian government forces regained control of one of the missile bases in Tigray. [5] Found here were several M20 SBRMs along with at least four empty A200 canisters. It is likely that these had been left behind by Tigray forces after they were ousted from the region, having had too little time or the proper equipment to attempt to bring them along. The fact that not all had been expended by the time the base was taken could also indicate that all launchers in the area had already been lost.

Also recaptured was at least one of the loading systems based on the same chassis. Equipped with a crane installed on the rear of the truck, the loader vehicle can carry either eight A200 guided rocket canisters or two M20 ballistic missiles, allowing it to swiftly reload the launching system so it can commence its next firing mission. The presence of the reloaders essentially doubles the firepower of each battery, with as much as sixteen A200 rockets or four M20 ballistic missiles at the ready for a launcher before the battery has to return to a location to stock up on munitions.

A second loader was recaptured around the same time after having been seemingly abandoned by Tigrayan forces in a hurry. Intriguingly, at least three of the A200’s rocket canisters are empty yet appear to have been loaded back onto the loader, presumably after having been fired from the launcher. This is unlikely to have been an effort at saving the local area from pollution, and might instead have been an attempt at hiding traces of these systems being in operational use by Tigray forces. Of course, this later proved futile after the Tigray forces abandoned the entire vehicle along with the canisters.

The rest of the launchers and reloaders have at this point likely suffered a similar fate, with the advanced equipment being difficult to maintain in the harsh conditions of Ethiopia’s fresh civil conflict. As a result of the Tigray War Ethiopia went from having the strongest guided rockets and ballistic missile force in Sub-Saharan Africa to having a battered and disfunctional remnant of a deterrent. Once the pride of the Ethiopian Army, the country will likely look to reintroduce this capability, perhaps while conflict is still raging or else soon after the conclusion of hostilities. Considering rumours regarding a possible acquisition of TB2s from Turkey, it might well be tempted to look at other Turkish systems the force of which is often multiplied through synergy with the TB2. Such systems could include the TRL-230 and T-300 MRLs and Bora tactically ballistic missiles, especially the first of which has a well-documented cooperative benefit from the 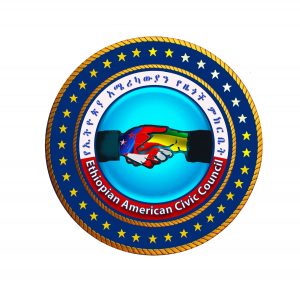