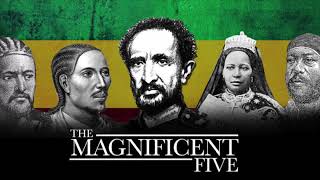 Ethiopia was among the first nations to adopt Christianity as its official religion.

The “Last Christian Emperor” is an almost forgotten description of Haile Selassie, late Emperor of Ethiopia. More usually he is known as the “Lion of Judah” or “King of Kings” or “Elect of God.” Much is made of his lineage, which claims descent from a brief encounter between King Solomon and the Queen of Sheba. Despite their biblical forebears, it was the Christian faith that Ethiopia’s rulers embraced. This huge but little-known nation was among the first to adopt Christianity as its official religion, possibly even before Armenia. 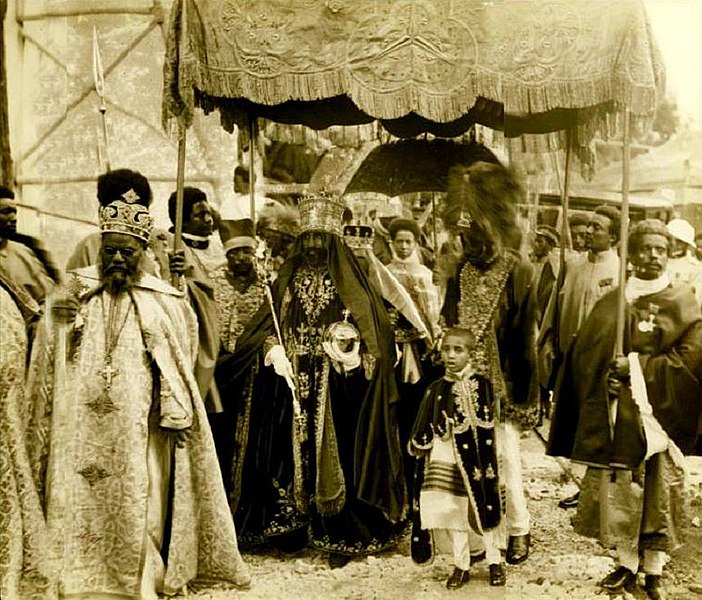 Christianity was central to the life of Haile Selassie, whose name means “Power of the Trinity.” For the hundreds of thousands of Rastafarians who worship the last Emperor of Ethiopia, his birth name is more important: Ras Tafari. This devout follower of the Ethiopian Orthodox Church never sought the adulation of the Rastafari community, although he was perhaps flattered by it.

The reason that so many in the African diaspora still worship Haile Selassie is straightforward. For decades, he was the most visible symbol of African resistance to Western colonialism.

These days his memory is a paradox, except for his staunch Rastafarian followers. An autocrat who cared deeply about his people, he could be aloof and paternalistic. A modernizer who didn’t work fast enough for many, he upset his country’s aristocracy with the speed of his reforms. Amid all the praise and criticism, few have ever doubted his Christian devotion. His coronation, exactly 90 years ago, was a scene of imperial Christianity that would not be seen again. Crowned heads and presidents around sent representatives to attend an event that gave the whole of Africa a profile that has never been so high.

It was not a purely symbolic occasion for the 38-year-old emperor. Throughout his life Haile Selassie made faith integral to his personal life. He had become a deacon before reaching the age of 10, and attended church services almost every day. Despite being an Orthodox Christian, much of his education was provided by a Catholic priest from France. To promote the faith that had existed in Ethiopia since the 1st century, when the kingdom was mentioned in the New Testament, he built an astonishing number of churches. He also built bridges with other Christian denominations, trying to strengthen the faith in his corner of Africa and the Middle East. A typical act for him was adopting 40 orphans of the Armenian Genocide when he visited Jerusalem. They later formed an amateur brass band for a ruler with a rare gift for music. Duke Ellington was one of his favorites, playing for the emperor in 1973, just before he was deposed. It was also one of Ellington’s last performances.

It is seldom Haile Selassie’s religious or artistic accomplishments that are remembered; it is his attempts to make Africa matter. He helped Ethiopia become a founder member of the League of Nations and warned the world about the dangers of fascism before Mussolini invaded his country in 1935. It was not the first time this dynasty had stood up to European aggression. Ethiopia was the only African country to defeat colonizers looking for easy pickings. In 1896, Haile Selassie’s father won a victory over Italy that still hurt Mussolini’s pride many years later.

In the end, Haile Selassie won back his throne, only to be removed by a Marxist military coup in 1974. He was probably murdered soon after, and his remains put in an unmarked grave. No other nations came to his defense. Worst of all, the UK continues to hang on to some of Ethiopia’s most important religious treasures – looted by British soldiers in 1868. Among the few concessions the late emperor received was a gold crown, returned by the UK government in 1924 after the Lion of Judah had presented King George V with two Ethiopian lions as part of a goodwill tour of Europe. According to some reports, it is possible that Haile Selassie is the only person that George V’s granddaughter, Queen Elizabeth II, has ever bowed to in her 67 years as monarch. If this is true, it would have to be because the Emperor of Ethiopia was more than just an earthly ruler. Through his Solomonic descent from King David, he was also a living relative of Jesus