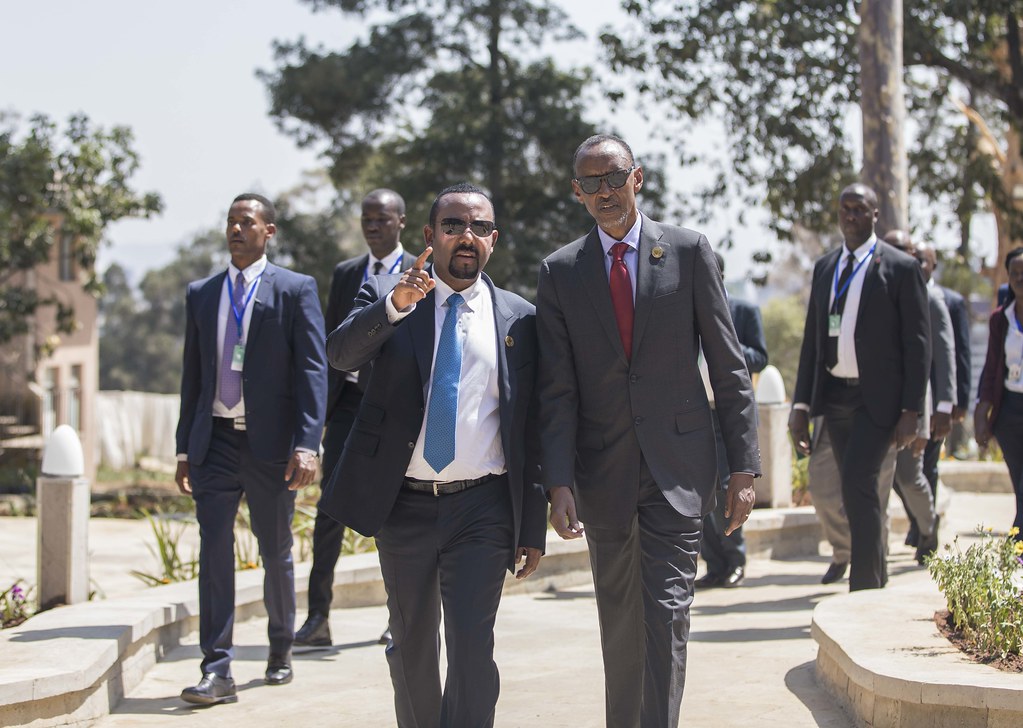 Ethiopia’s democratic transition was already precarious. Two developments have made it even more uncertain.

When Abiy Ahmed became Ethiopia’s prime minister in April 2018, his arrival was greeted with a collective sigh of relief both in Ethiopia and abroad. The new leader was seen as a reformer who would change the course of the ruling Ethiopian People’s Revolutionary Democratic Front (EPRDF). In power since 1991, the governing coalition had turned the country into an African economic powerhouse but also been exerting growing authoritarianism.

Hopes were high and Abiy enjoyed some early praise. He was awarded the Nobel Peace Prize for making peace with Eritrea. His reforms in the judiciary marked an encouraging leap forward. And many of his early political actions were cautiously welcomed.

Yet change remained elusive in many other areas. The Ethiopian army, for instance, has continued to be accused of human rights violations, most recently in Oromia region. Meanwhile, the Bertelsmann Transformation Index (BTI) 2020 country report on Ethiopia, concluded: “The new political leadership changed its attitude towards civil society participation, but up to now there is no institutionalisation of state-civil society dialogues visible.”

Two recent developments in particular have made Ethiopia’s fragile transition under Abiy even more precarious.

The first is that COVID-19 has made matters even more combustible. Most significantly, the pandemic has led Ethiopia’s highly anticipated general elections to be postponed – initially to August but now indefinitely.

That ballot had been seen as an important milestone in Ethiopia’s democratic transition. For many previously sidelined parties, the 2020 vote was to be their first interaction with voters to whom they had been denied access to for nearly three decades.

The delay has also set in motion a fierce constitutional debate. Ethiopia’s constitution stipulates that legislative elections take place every five years. Any ruling party that overstays its mandate is automatically rendered illegal. This raised questions over how the government and opposition should navigate the impasse.

Many Ethiopians, including some of the country’s top constitutional scholars, pleaded with the ruling party to engage in a national dialogue with all opposition parties and other stakeholders to forge a path forwards. Instead, Abiy took the issue to Parliament, which is completely controlled by the EPRDF, to seek a constitutional interpretation.

Parliament, in turn, referred the decision to a Council of Constitutional Inquiry (CCI). Led by Chief Justice Meaza Ashenafi, the body approved the indefinite extension of federal legislative term limits until after COVID-19 is no longer deemed a threat to public health. Even more dangerously, the CCI also went beyond its constitutional mandate and extended the legislative term limits of regional states, which are independent of the federal government.

Tigray regional state, already at loggerheads with the federal government, was the first to reject this decision. In an unprecedented move, the regional government announced it would hold its own election unilaterally before its legislators’ term limits expired. Prominent opposition leaders also criticised the move, accusing Abiy of using the judiciary to illegally extend his term in office. The political atmosphere rapidly deteriorated, leading the prime minister to issue a stern warning and even float the option of using force to safeguard the constitution and country.

A second development that has increased uncertainty in Ethiopia is the assassination of Hachalu Hundessa in June. The musician and activist was loved across the country but revered by the Oromo people. His killing by unknown assailants sparked violence that exposed how Abiy’s government has long since exhausted its options in trying to create a stable political order.

The night Hachalu was shot in Addis Ababa, the Oromia region went up in flames. Initially, crowds gathered to express their sorrow and anger against the musician’s killing, but soon this turned into attacks against minorities as well as other civilians including Oromos. According to the government, more than 160 people were killed in the attacks and the ensuing response by security forces. In cities like Shashemene, one of the region’s business hubs, significant areas were reduced to ashes.

The government responded to the violence by arresting over 7,000 people and detaining several journalists, activists and opposition figures such as Jawar Mohammed, who had initially helped Abiy consolidate power but later became a fierce critic. The government also shut down at least four media houses and blocked the internet for 23 days. In this period, the Attorney General’s office pushed the state media to broadcast its findings on the Hachalu’s assassination, which blamed it on the Oromo Liberation Army, a rebel group, and the Tigray People’s Liberation Front (TPFL), a constituent party in the EPRDF coalition.

What will happen next? How, if at all, can Abiy steer Ethiopia towards a stable political order without meaningful dialogue to resolve the impasse? Where is the troubled relationship between Tigray state and the federal government headed? How can the prime minister stabilise the most troubled and agitated state, Oromia, after jailing almost all opposition political leaders?

This questions all need urgent answers that will determine the nation’s fate. Yet through its propaganda, use of the state media and heavy-handed law enforcement, Abiy’s government has seemingly managed to sedate urban Ethiopians and foreign backers into a wilful paralysis from asking them. This, however, has sucked Ethiopia into a vortex of the unknown, leaving more questions than answers.

This article is republished from Bertelsmann Stiftung’s BTI Blog under a Creative Commons license. Read the original article.

Ethiopia: Investigation reveals evidence that scores of civilians were killed in massacre in Tigray state

Genocide is Alive and well in Africa

The Battle for Mekelle, Tigray

With War Over the GERD Unlikely, Institutionalising Nile River Diplomacy Would Be a Wise Next Step