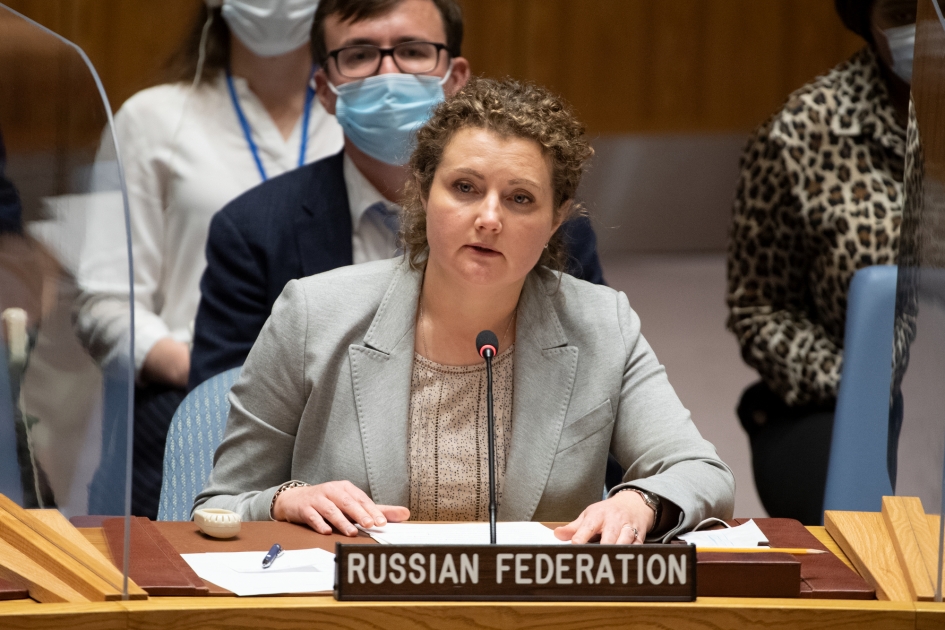 Let me begin by echoing the condolences addressed to all victims of heinous terrorist attacks in Kabul. The style of ISIL is easily distinguishable.

We thank Secretary-General of the United Nations Antonio Guterres for sharing his assessments of developments in northern Ethiopia. We also welcome Permanent Representative of Ethiopia Ambassador Taye Selassie to this open UNSC meeting.

Russia closely follows military and political developments in the region. We regret the failure of the initiative to establish unilateral humanitarian ceasefire that Addis Ababa announced at the end of June. Units from the Tigray People’s Liberation Front proceed with hostilities, having established control over a number of areas not only in Tigray, but also in the neighboring Afar and Amhara that have not been previously touched by conflict. We are particularly concerned by the attempts of Tigray forces to curb humanitarian delivery routes, in particular to impose control over the strategic route linking Ethiopia and Djibouti, which threatens to further exacerbate the already complex humanitarian situation and boost the flow of refugees and IDPs.

The humanitarian situation in the region remains truly complicated. Thereby, Federal Government continuously contributes to its improvement. We welcome the efforts of Ethiopian authorities that unblocked a WFP humanitarian convoy in Semera recently. We also commend the opening of the Regional Emergency Coordination Center there. Hopefully, it will help fulfill plans to have 100 truckloads of humanitarian assistance dispatched to Tigray daily, and resolve the issue with Eritrean refugees that find themselves in a particularly precarious situation.

We are convinced that in order to improve the situation, we first of all need to depoliticize northern Ethiopia’s humanitarian file. Humanitarian assistance has few chances to be a success amidst the ongoing political confrontation and toxic vibes spreading in the Mass Media.

Neither can we agree to the artificial shift of focus of the work of humanitarians to Tigray. When rendering humanitarian assistance, it is essential that equal attention also be given to other regions, including Amhara, Oromia, and Somali that experience considerable humanitarian needs, related to droughts, floods, locust swarms and sowing problems. Such efforts should be based on UNGA resolution 46/182 and UN fundamental guiding principles of humanitarian assistance. We call on OCHA to pay specific attention to maintaining a trustful and constructive dialogue with the Federal Government.

Secretary-General, we fully support the work you are doing to ensure prompt launch of a political dialogue. We are convinced that this dialogue must be owned by the Ethiopian sides themselves, supported by the African community in the first place. Any prospective external assistance must be provided given full respect for sovereignty, territorial integrity and political independence of Ethiopia. General elections in Ethiopia that convened in June 2021, proved federal authorities capable of consolidating the Ethiopian society. Surely, they will find a way to normalize the situation themselves and put the country on a right track for development. African partners and the international community in general just need to support these efforts of Ethiopia’s government. In this regard, we note the appointment of former President of Nigeria O.Obasanjo as High Representative of the African Union for the Horn of Africa region.

One must realize that attempts to shatter the situation and exert pressure on the democratically elected government of Ethiopia, i.a. by adopting unilateral sanctions, pave the path towards further proliferation of the conflict. By the same token, discussions of the crisis by the Security Council do not add to its resolution. It would be way more effective if each SC member made their own contribution to improving the situation. Bets should be on “low-key diplomacy” and bilateral channels of trustful communication. The Russia Federation stands ready to promote this. 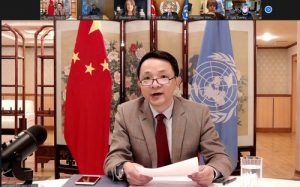 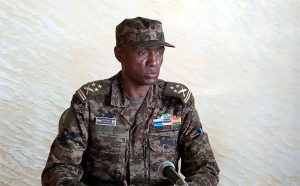