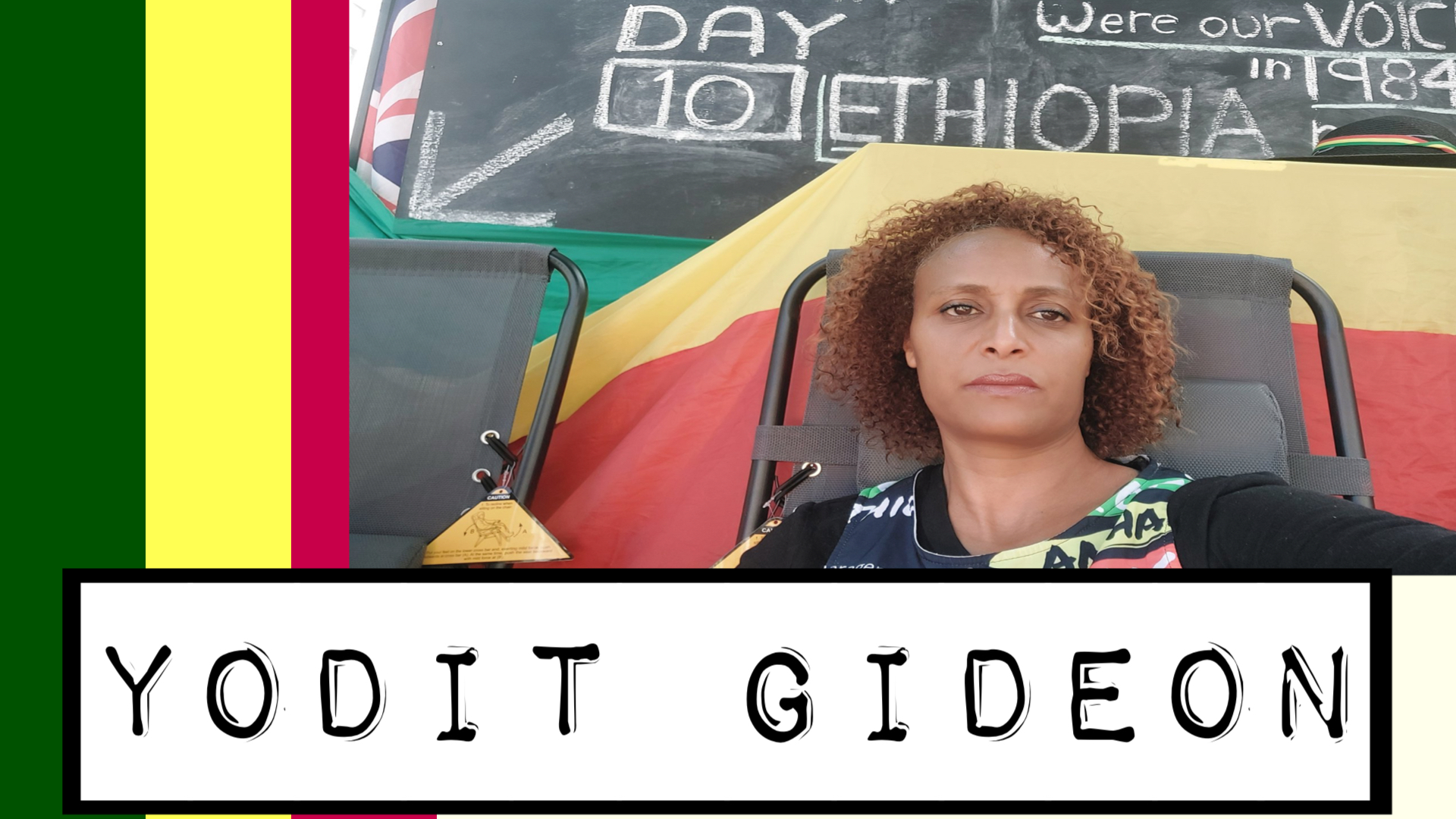 At a time when peace talks are in progress between the Ethiopian government and the Tigrayan rebels, the systematic and intentional massacre of Ethiopia’s oldest ethnic group, the Amharas, continues to be perpetrated with utter indifference.

While international institutions and the high names of the civil society denounce the exactions perpetrated in Ethiopia during this conflict, NGOs such as Stop Amhara Genocide are dedicated to denounce the unspoken horror of what can unquestionably be called, according to the official criteria used by the international community and experts, a genocide.

Stop Amhara Genocide is established in Switzerland to fight against the genocide and all forms of discrimination against the Amhara people in Ethiopia. Stop Amhara Genocide works with other human rights NGOs to create awareness within the international community about the ongoing Amhara Genocide and stop these atrocities. Stop Amhara Genocide is an international association which was established in June 2021 when the genocide was at its peak following the scaled-up simultaneous mass killings in many regions under the Oromo-dominated Prosperity Party ruling began in 2018. Under the Tigray TPLF apartheid-type regime Amharas endured 27-years of many forms of massacres, disappearances, and systematic destructive measures taken against the Amhara people. The regime change in 2018 and subsequent war with the TPLF expanded the regions and volume of the Amhara mass killings in various places: Oromia, Benishangul-Gumuz and Metekel, Tigray, the southern SNNPR, and the Amhara regions. However, the international community and media chose not to report on this genocide which prompted human rights activists to join their force and create the Stop Amhara Genocide Association. Director and founding member of the Association Ms Yodith Gideon is at the helm of the Association since the creation of the Association while the Association has board members from various countries including Rwanda and France.

The core of the Stop Amhara Genocide Association mission is to advocate within the United Nations, European Union, and African Union to put pressure on member states and the different human rights institutions to take action to stop the Amhara Genocide.

Since its inception, the Association has been involved in various international advocacy campaigns including canvassing in the streets of Switzerland to create awareness among the community about the ongoing Amhara Genocide. During the campaigns, our volunteers distributed flyers depicting some of the brutal contents of the Genocide. The Association also held press conferences with Brussels Press Club, Frankfurt Press Club and Suisse Press Club.

Yodith 2022 1024×1024 – Amharas: The occulted ongoing genocide in Ethiopia
Yodith Gideon Human Rights Advocate / Founder and Director of Stop Amhara Genocide Association
Stop Amhara Genocide : One of the most serious human rights violations taking place now in the 21st century, is in Ethiopia. And yet the mainstream media and international human rights organizations who are the responsible organizations to inform the international community have refused to report in a manner that the situation demands. This refusal to report these extreme human rights violations and name it as Genocide and request the UN to investigate the cases with the intention to bring the perpetrators of this crime to the International Criminal Court (ICC) has not happened despite the fact that the Genocide has been taking place for over 4 years as a well-planned operation with an established goal.

RJ: Genocide is a very grave crime. Do you believe that your contention fulfills the requirements established by the United Nations Convention?

Stop Amhara Genocide: Europe is fully aware of what genocide is because it has experienced it during the 2nd World War. Today, seventy years after the holocaust and 29 years after the Rwandan genocide, Amharas in Ethiopia are systematically being killed in the most heinous way. When we say heinous, we mean slaughtered like animals, raped in public and in full view of family members, burnt alive, hanged upside down, cannibalized and men organs used as trophy’s and used as necklaces etc.

We know what Genocide means. We have studied it and discussed it with eminent lawyers and experts in this matter. “To constitute genocide there must be a proven intent on the part of the perpetrators to physically destroy a national, ethnical, racial or religious group “.

There are enough proofs necessary for the International Criminal Court to prove that the Amharas are being killed tortured and displaced for who they are. While the member organizations who are responsible could easily prove this by opening an investigation, they have refused to do that.

Today as we speak you, hundreds are being killed and displaced and no member of the international community or member states of the UN are talking about it seriously, which leads us to a very likely conclusion of conspiracy to hide this truth.

We are here to tell you the truth and to ask you to pressure your governments to conduct their own investigation and also allow us to submit to them our own overwhelming evidences.

RJ: Why do you believe that the Ethiopian government leader Prime Minister Abiy Ahmed is involved?

Stop Amhara Genocide: What is happening in Ethiopia is a state sponsored terrorism led by the Prime Minister who refuses to prevent the Genocide and instead on days when Genocide are committed, goes to exercise his erratic behavior of planting trees while he should be condemning these criminal actions. When he was asked why he goes out to plant trees instead of condemning the Genocide and grieving the dead and the survivors, he famously answered in parliament: “these plants will be shades to the dead”.

The death of Amharas have become so routine that it has stopped being a subject for discussion by the international community.

RJ: How do you compare it with the Rwandan genocide?

Stop Amhara Genocide: Those who have witnessed the genocide in Rwanda state that, though, the Ethiopian case has not yet reached a million like Rwanda, in its intensity and in the way, people are killed and tortured, the Amhara cases far exceeds the limits of inhumanity that has ever been experienced since the Second World War.

It is similar to the Rwandan genocide because this is a genocide committed with a clear strategy of eliminating the Amharas to ensure the dominance of Oromos led by non-other than Prime Minister Abiy. In the case of Rwanda, it was the clear dominance of the minority (Tutsis) that became the root cause of the genocide.

The actors of the Genocide in Ethiopia have mixed motives targeting people with Amhara ethnic origin including Christians, Muslims and Jews, and especially Orthodox Christians. The majority of the armed groups mobilize from region to region with collaboration of local government officials, and are from these groups:

The Oromo OLF-OLA perpetrators are also known as Shane or Shene or Oneg;
The Tigray TPLF or TDF and Samri youth groups in the annexed Amhara regions, and various places in Amhara region;
The Gumuz extremist of the Benishangul-gumuz & Metekel region
Various actors carried out attacks on Amharas in the Southern SNNPR region and other places.
RJ: What are you asking and expecting from the international community?

Stop Amhara Genocide: We ask the international community a simple question: Would you please send investigative team to the places specified in our documents and find out the truth for yourself?

The government will certainly not cooperate, but the international community has to get the mandate or demand that the previous mandate issued by the Human Rights Council which relates exclusively to the war in the North which began November of 2020, to include all the genocide and crimes against humanity committed by the TPLF and the Genocide which takes place particularly in the Oromia region, since this Prime Minister came to power 4 years ago.

To better understand what is really occurring to the Amhara people in Ethiopia, and whether the qualification of genocide is appropriate in this case, read the article published by expert Dawit W. Giorgis where he gives his insightful views on this controversial issue. 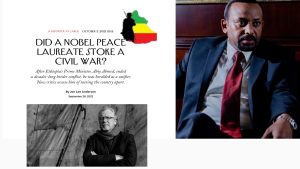 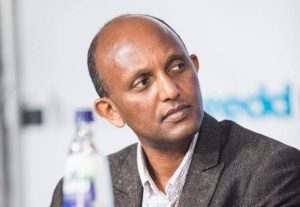