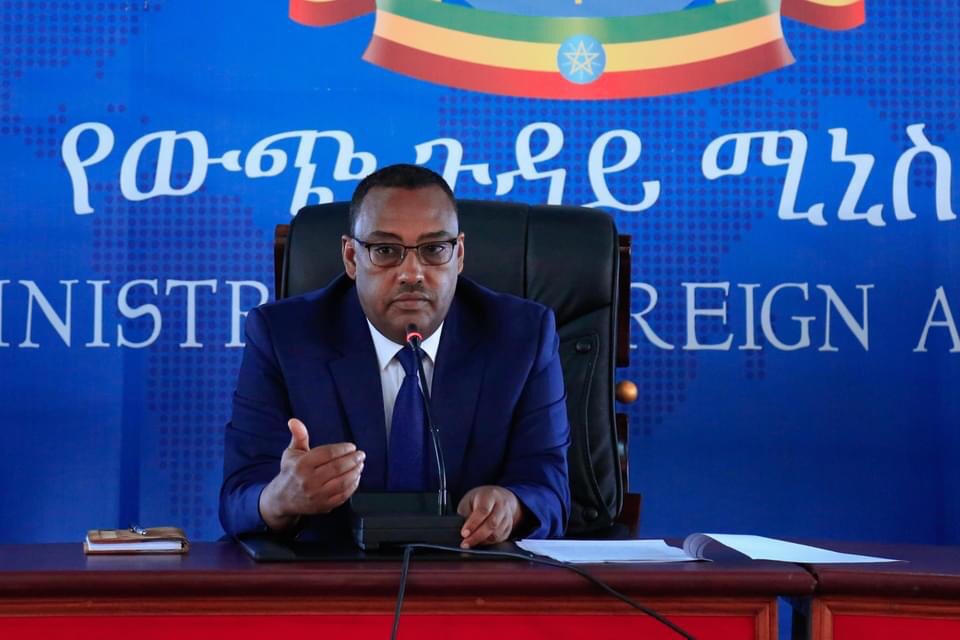 Ethiopia’s Foreign Minister has spoken out against a 1959 treaty between Egypt and Sudan dividing Nile water, accusing the two downstream countries of ‘monopolizing’ the Nile as negotiations stall.

As tensions between Ethiopia on the one hand and Egypt and Sudan on the other continue to rise over Ethiopia’s controversial Great Renaissance Dam (GERD), the Ethiopian Foreign Minister and Deputy Prime Minister, Demeke Mekonnen, has said that Ethiopia “cannot and will not agree” to recognize Egyptian and Sudanese claims to Nile water made under a 1959 treaty between the two countries.

Speaking at an online event organised on Thursday by the Ethiopian Embassy in London regarding the current state of negotiations between Egypt, Sudan, and Ethiopia over the GERD, Mekonnen accused Egypt and Sudan of “exerting unnecessary pressure” on Ethiopia.

He said Egypt and Sudan wanted to force Ethiopia to accede to water quotas set by the two downstream Nile nations in a treaty they signed in 1959, which Ethiopia was not involved in.

Lemlem Fasiha, an Ethiopian negotiator speaking at the event castigated the 1959 Egypt-Sudan treaty as “the most absurd treaty that exists in our time” because it does not take into account the needs of Ethiopia and other upstream Nile countries.The treaty allocates 55.5 billion cubic metres of Nile water annually to Egypt and 18.5 billion to Sudan.

“Ethiopia cannot and will not agree to such unfair terms that intend to illicit its endorsement for a colonial era treaty and maintain the hydro-hegemony of Egypt and the Sudan,” Mekonnen said.

“We are being pressed to give up our right to the Nile by assenting to the monopoly of Egypt and Sudan,” he added.

He said that the GERD was a necessity for Ethiopia, and would “relieve the burden of extreme poverty and provide clean energy” to an estimated 60 million Ethiopians living without electricity.

However, the deputy prime minister also said that Ethiopia was still willing to negotiate with Egypt and Sudan over the filling of the GERD.

Egypt and Sudan have accused Ethiopia of taking unilateral action to fill the dam and this has been a major sticking point in negotiations. Sudan says that this could expose millions of its citizens to the risk of flooding and Egypt says that this could reduce the flow of Nile water to its territory.

However, Egyptians fear that any reduction in Nile water reaching their territory would have catastrophic consequences for water supply and agriculture. This has led to the negotiations over the GERD being so difficult and intractable.

Sam Charles Hamad, an independent Egyptian writer and activist told The New Arab, “Ethiopia is being quite unreasonable and that’s probably because of the extreme problems that country faces with energy shortages – you have parts of Ethiopia living with no electricity… but the Egyptian demands are also inflexible because water scarcity is already a major problem, as is access to clean water for vast swathes of the country.”

97% of Egypt’s water comes from the Nile.

Mekonnen said however, that African Union-led negotiations could still produce a “win-win outcome”.

“We on our part are ready to agree on the filling and the operation of the dam while the negotiations continue on reaching a comprehensive agreement,” he said.

Earlier this month, ‘last chance’ talks between the three countries mediated by the Democratic Republic of Congo (DRC) on behalf of the African Union failed to achieve any progress.

Egypt and Sudan have said that besides the African Union, the US, the EU, and the UN should be involved in mediating the talks. Ethiopia has rejected this idea.

Answering a question from The New Arab regarding the reasons for this rejection, Ethiopian negotiator Lemlem Fiseha said that Egypt and Sudan had not formally asked Ethiopia to involve other parties besides the AU in talks.

“Ethiopia did not receive any formal request from Egypt and Sudan on the proposition to invite the four parties to mediate the process – none at all,” she said.

“Our delegation [to the recent talks in the DRC] heard about the matter over the media.”

She characterized the Egyptian-Sudanese proposal as an attempt to stall and bypass existing African Union mechanisms of mediation of disputes around the GERD, saying that it was not “serious or done in good faith”.

As tensions over the GERD have exacerbated, Egypt and Sudan signed a military cooperation pact last month and held joint air force exercises, named “Nile Eagles 2”. Fears of a military conflict over the dam between the two downstream countries and Ethiopia remain present, although all sides remain officially committed to negotiations.

Egyptian President Abdel Fattah al-Sisi warned last March that “no one could take a drop of water” from Egypt, warning of “inconceivable instability” if that were to happen.

Fiseha said that while Ethiopia was ready to enter into a water-sharing agreement with Sudan and Egypt, it was under no obligation to do so or even to negotiate on the GERD, but it wanted to pursue this path for the sake of “cooperation and transparency”.

She said that Egypt and Sudan did not want to enter into a new water-sharing agreement that included Ethiopia or other upstream countries “because they have a very beneficial status quo” under the 1959 agreement.

Sam Hamad was pessimistic about the chances of Ethiopia and Egypt reaching any agreement on the GERD or to share the Nile’s water, because of Egypt’s already precarious water situation and the effect that a reduction in water supply would have on the country.

“If the GERD were to go ahead in a manner that further depletes Egyptian water supply, Egypt would face its greatest threat in modern history.” he said.