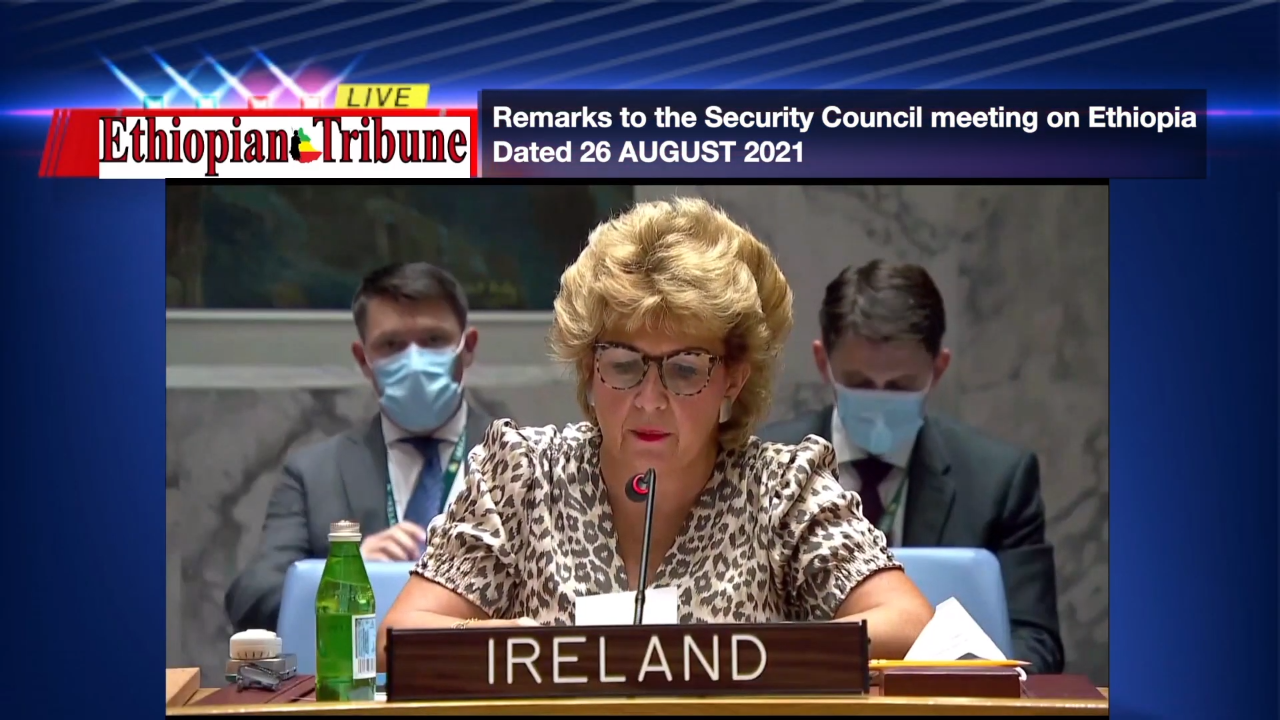 I also join my colleagues today in extending my deepest condolences to the victims of the terrible attacks in Kabul today and to their families.

Now that this conflict has been going on for nearly 10 months, the reality principle must prevail. Our priority, and the responsibility of the Security Council, is to end this conflict and preserve the unity of Ethiopia. We will only succeed if all the forces involved assume their responsibilities.

This conflict, as we know, is being waged between several parties: the federal government, militias, regional special forces, and their Eritrean allies on the one hand, and Tigrayan forces on the other. Calling for a cessation of hostilities, humanitarian access and dialogue does not imply any partiality on our part.
It is clear that this conflict will not be resolved by arms, as you have clearly indicated and expressed, Mr. Secretary-General. All parties must therefore agree to a cease-fire.

We also call for the definitive withdrawal of Eritrean forces from Ethiopian territory. We call on the Tigrayan forces to return to the regional borders of Tigray to avoid any escalation. A compromise must finally be reached with the Amhara forces on the border dispute between the two regions, within the framework of the constitution.
Strikes against civilians, extra-judicial executions, forced expulsions of populations, and sexual violence, motivated by the ethnic origin or supposed political affiliation of individuals, cannot go unpunished, regardless of who the perpetrators are.

In this sense, France reiterates its full support for the joint investigation into human rights violations, which is meant to establish the facts in an indisputable manner. Its conclusions should be followed by action. We deeply regret the difficulties encountered in collecting evidence and we call on all parties to guarantee access for investigators.
The conclusion of a cease-fire is essential to address the humanitarian emergency. France calls on the Ethiopian government to respect the commitments it has made to guarantee humanitarian access. The priority is to remove obstacles to the delivery of aid by all means, including by road.

It is also up to the authorities to restore electricity, telecommunication services, internet and the banking system.
France is also concerned by attempts to discredit humanitarian actors. It condemns all violence and intimidation against humanitarian and medical personnel.

Finally, it is urgent to put in place the conditions for a process of dialogue and reconciliation. Here again, we call on each of the parties to assume all their responsibilities. The rapid launch by the federal government of a national dialogue, with representatives of all the forces of society, is essential in order to find a political solution to the divisions in Ethiopia and preserve its unity. At the same time, we call on the Tigrayan representatives to demonstrate their openness to dialogue.

France supports regional efforts for peace. In this regard, we welcome the appointment of former Nigerian President Olusegun Obasanjo as the African Union’s High Representative for the Horn of Africa. We call on the countries of the region to resolve their differences through sincere dialogue, particularly with regard to the El Fashaga triangle and the Renaissance Dam. We call on all parties to refrain from any action that would inflame tensions and to respond constructively to the mediation efforts of the African Union.