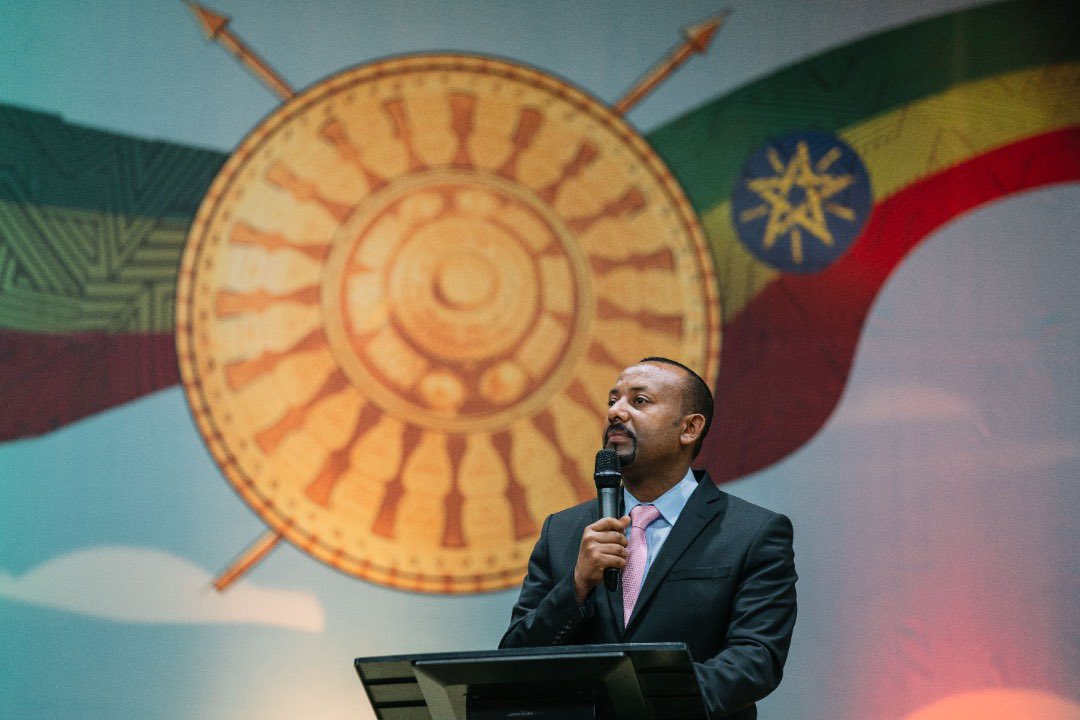 As I write this open letter to you, it comes at a time when innocent civilians including women, children and other vulnerable groups in the Afar and Amhara regions have been violently displaced, their livelihoods disrupted, their family members killed, and their properties as well as service giving institutions destroyed intentionally by TPLF.

This letter comes at a time when our children in the Tigray region are being used as cannon fodder by remnants of an organization recently designated as ‘terrorist’ by our House of People’s Representatives. Children of a post-war generation that have held high hopes in the possibility that their lives would be distinctly different from that of their parents, whose lives have been marred by the terror of war with the DERG regime and a cross border conflict with Eritrea in the late 1990s instigated by the TPLF.

As the rest of their peers in the country pursue their studies and lives, our children of Tigray have been held hostage by a terrorist organization that attacked the State on November 3, 2020 exposing them to various vulnerabilities.
While the use of children as soldiers and participation in active combat is a violation of international law, the terrorist organization TPLF has proceeded unabated in waging its aggression through the use of children and other civilians. The cries of women and children in the Amhara and Afar regions that are displaced and suffering at the hands of TPLF’s enduring ruthlessness continues under the deafening silence of the international community.

Unfortunately, while the entire world has turned its eyes onto Ethiopia and the Government for all the wrong reasons, it has failed to openly and sternly reprimand the terrorist group in the same manner it has been chastising my Government.

The many efforts the Ethiopian Government has undertaken to stabilize the region and address humanitarian needs amidst a hostile environment created by the TPLF have been continuously misrepresented.
The mounting and undue pressure on a developing African country, with limitless potential for prosperity, has been building up over the past months.

This unwarranted pressure, characterized by double standards, has been rooted in an orchestrated distortion of events and facts on the ground as it pertains to Ethiopia’s rule of law operations in the Tigray region.
As a long-time friend, strategic ally and partner in security, the United States ’recent policy against my country comes not only as a surprise to our proud nation, but evidently surpasses humanitarian concerns.

For almost three decades, Ethiopians in all corners have been subjected to pervasive human rights, civil and political rights violations under TPLF’s regime.
Various identities under the Ethiopian flag were exploited by a small clique that appropriated power to benefit its small circle at the expense of millions, including the impoverished of the Tigray region.

The suppression of political dissent, egregious human rights violations, displacements, suffocation of democratic rights and capture of State machinery and institutions for the aggrandizement of a small group that ran a country of millions with no accountability for 27 years has been met with little to no resistance by various Western nations, including the US.

The period 2015-2018 that marked Ethiopia’s awakening where the TPLF was deposed from power in a popular uprising, is telling of the stance that millions throughout this great country took against a criminal enterprise that subjugated Ethiopians to oppression and stripped citizens of agency.

TPLF’s track record of pitting one ethnic group against the other for its own political survival did not end in 2018 when my administration took over the helms of power. It rather mutated and intensified in form, putting on the robe of victimhood, while financing elements of instability throughout the country.

Now, the destructive criminal clique, adept at propaganda and spinning international human rights and democracy machinations to its favor, wolf cries while it leaves no stone unturned in its mission to destroy a nation of more than a 3000-year history.

Although this hallucination will not come to pass, history will record that the orchestrated turbulent period Ethiopia is going through at the moment is being justified by some Western policy makers and global institutions under the guise of humanitarian assistance and advancing democracy.

In a demonstration of my people’s aspiration to democratize and unprecedented in Ethiopia’s modern history, close to 40million of my country folk went out to vote on June 21, 2021 in this country’s first attempt at a free and fair election.

In spite of the many challenges and shortcomings the 6th National Election may have been faced with, the resolute determination of the Ethiopian people for the democratic process was displayed in their commitment to a peaceful electoral period.

Against the backdrop of previous electoral periods in which the choice of the people was snatched through rigged processes by the former regime, the 2021 elections came on the heels of the democratic reforms processes we embarked upon three years ago.
The significance of our 2021 elections is in its peaceful conclusion, demonstrating Ethiopia’s new trajectory amidst the global warnings that the elections would be violent.

With the Ethiopian people having spoken and affirmed their faith in Prosperity Party to lead them through the next five years in a landslide victory, my Party and administration with this responsibility at hand, are ever more determined to unleash the potential for equitable development these lands are blessed with.

We are even more resolute in granting our people the dignity, security and development they deserve within the means we have and without succumbing to various competing interests and pressures. And we will do this by confronting the threats to democracy and stability posed by any belligerent criminal enterprise.

While threats to national, regional and global security continue to be a key component of US interests in many parts of the world, it remains unanswered why your administration has not taken a strong position against the TPLF – the very organization the US Homeland Security categorized as qualifying as Tier 3 terrorist organization for their violent activities in the 1980s.

In the same manner that your predecessors led the global ‘war on terror’, my administration supported by the millions of Ethiopians thirsty and hungry for their right to peace, development and prosperity, are also leading our national ‘war on terror’ against a destructive criminal enterprise, which poses a threat to both national and Horn region stability. Ethiopia has remained the US’s staunch ally in fighting the terrorism threat of al-Shabaab in the Horn.

It is our expectation that the US would stand by Ethiopia as a similar terrorist organization with hostility towards the region threatens to destabilize the Horn.

Mr President,
The American people that have supported the US government’s global interventions under the pretext of democratization would be hard-pressed to know that a small impoverished but culturally, historically and naturally rich nation in East Africa embarked on its own democratization path three years ago.

However, the American people and the rest of the Western world are being misguided by the reports, narratives and data distortions of global entities many believe were driven to help impoverished countries like mine, yet have in the past months portrayed victims as oppressors and oppressors as victims through partisan narratives and bankrolled networks.

History always smiles upon those who have stood for truth. And so, I am certain that truth will shine upon this proud nation Ethiopia!

Many Ethiopians and Africans looked with optimism at your ascent to the Presidency earlier this year.
This optimism has been rooted in the belief that a new dispensation for Africa – US relations will materialize in 2021, and that your Presidency would usher in respect for the sovereignty of African nations and nurture partnerships based on mutual growth and in depth reading of context.

African nations that have broken free from the shackles of colonialism starting from the 1950s have continued to resist the chains of neocolonialism that is manifesting itself in various overt and covert ways.

Despite escaping the yokes of colonialism, Ethiopia now struggles with its mutation. As a founding member of the United Nations and the Organization for African Unity (now African Union), Ethiopia remains a proud nation that through its sons, daughters and kinship with other African nations, is determined to meet our current challenges with the resilient and indomitable spirit that defines this great nation.

Developing nations, like Ethiopia, have been expectant that a new course in the US’s foreign policy will be charted, departing from the influence of individuals that have entrenched themselves into the politics of other nations.

A foreign policy that can extricate itself from decisions made based on key policymakers and policy influencer’s friendships with belligerent terrorist groups like the TPLF and the narrative distortions of lobby groups.
We have seen the consequences and aftermaths of hurried and rash decisions made by various US administrations that have left many global populations in more desolate conditions than the intervention attempted to rectify.

It is essential to point out here that Ethiopia will not succumb to consequences of engineered pressure by disgruntled individuals for whom consolidating power is more important than the well-being of millions.
Our identity as Ethiopians and our identity as Africans will not let this come to pass.

The humiliation our ancestors have faced throughout the continent for centuries will not be resuscitated in these lands upon which the green, gold and red colors of independence have inspired many to successfully struggle for their freedom!