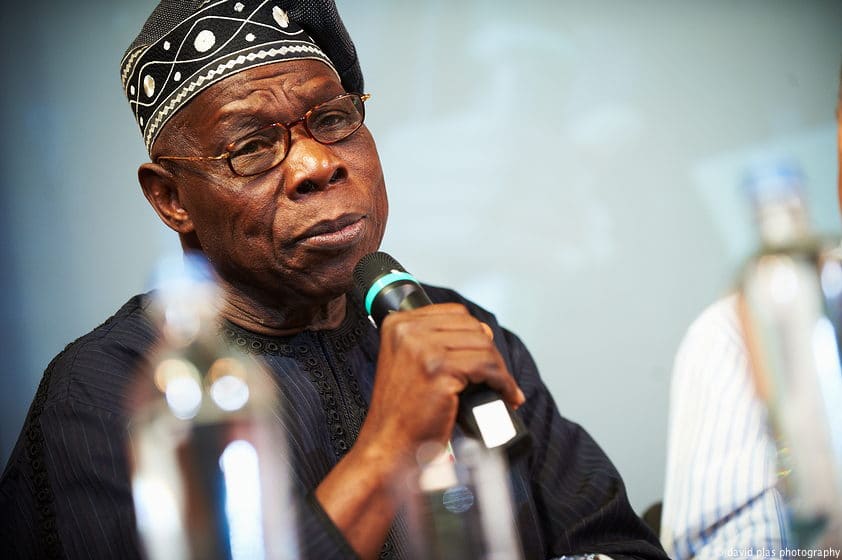 UNITED NATIONS/ADDIS ABABA, Nov 8 (Reuters) – The African Union and the United States see a small window of opportunity to end fighting in Ethiopia, they said on Monday, as the United Nations warned that the risk of Ethiopia spiralling into a widening civil war is “only too real.”

Speaking from Ethiopia, Obasanjo said that by the end of the week “we hope to have a program in hand that will indicate” how they can achieve humanitarian access and a withdrawal of troops that satisfies all the parties. The United Nations estimates 400,000 people in the northern region of Tigray are living in famine-like conditions following a year of war.

“All these leaders, here in Addis Ababa and in the north, agree individually that the differences between them are political and require a political solution through dialogue,” Obasanjo told the 15-member council, but stressed: “The window of opportunity we have is very little and that time is short.”

The U.S. State Department also said on Monday that Washington believes there is a small window to work with the AU to make progress on ending the conflict as U.S. envoy for the Horn of Africa, Jeffrey Feltman, returned to Addis Ababa.

The African Union earlier on Monday held a closed-door meeting to discuss the crisis.

The conflict started in November 2020 when forces loyal to the Tigray People’s Liberation Front (TPLF), seized military bases in Tigray. In response, Prime Minister Abiy Ahmed sent more troops to the northern region. Thousands have been killed and more than 2 million have fled their homes.

Ethiopia’s U.N. Ambassador Taye Atske Selassie Amde told the U.N. Security Council: “Our route to a dialogue and political solution will not be straightforward or easy.”

“For now we’re focused on halting TPLF and rescuing and reaching our public that suffered immensely,” he said.

‘TIME TO PUT YOUR WEAPONS DOWN’

The war has intensified in recent weeks. Tigrayan forces and their allies are threatening to march on Ethiopia’s capital Addis Ababa, while the government has declared a six-month state of emergency.

“It is time to put your weapons down,” U.S. Ambassador to the United Nations, Linda Thomas-Greenfield, said at the Security Council. “This war between angry, belligerent men – victimizing women and children – has to stop.”

The TPLF had dominated national politics for nearly three decades but lost influence when Abiy took office in 2018. The TPLF accused him of centralising power at the expense of regional states. Abiy denies this.

Obasanjo told the council he had met with Abiy, the leader of Ethiopia’s Oromio region and travelled to Mekelle on Sunday to meet TPLF leaders. He plans to travel to the regions of Amhara and Afar on Tuesday, where the conflict has spread from neighbouring Tigray.

DiCarlo said the conflict had reached “disastrous proportions” and that incidents of hate speech and targeting of ethnic groups have “increased at an alarming rate. She told the U.N. Security Council: “What is certain is that the risk of Ethiopia descending into widening civil war is only too real.”

The Security Council on Friday called for an end to the fighting in Ethiopia and for talks on a lasting ceasefire as the body expressed deep concern in a rare statement about the expansion and intensification of military clashes.

(Reporting by Addis Ababa newsroom, Michelle Nichols at the United Nations, Daphne Psaledakis in Washington Additional reporting by Nairobi newsroom; Writing by Maggie Fick and Michelle Nichols; Editing by Richard Chang and Grant McCool)Get the best of CNBC Africa sent straight to your inbox with breaking business news, insights and updates from experts across the continent.