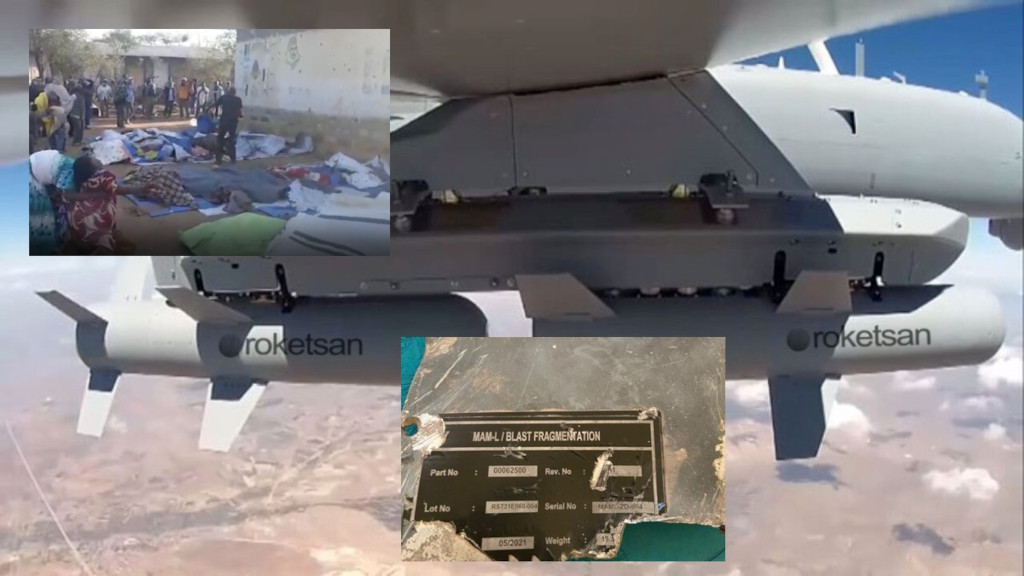 The Washington Post has analyzed photos of shrapnel and satellite imagery and cross-referenced video to confirm that Ethiopia used a Turkish drone in January in an attack that killed at least 59 civilians sheltering in a school in Tigray, the Stockholm Center for Freedom reported, citing an analysis by the paper published on Monday.

On January 7, a school was struck by a drone-delivered bomb, killing at least 59 people and gravely injuring dozens more, according to aid workers whose organizations worked at the camp for internally displaced people in Dedebit, located in the northern Ethiopian region of Tigray.

According to The Washington Post, more than 300 civilians have been killed by drone and air strikes since September, including more than 100 since the start of this year.

Weapon remnants recovered from the site of the strike by aid workers showed internal components and screw configurations that matched images of Turkish-made MAM-L munitions released by the weapons manufacturer. The MAM-L pairs exclusively with the Turkish-made Bayraktar TB-2 drone.

Military experts from the Dutch nongovernmental organization PAX and Amnesty International also identified the weapon used as a MAM-L bomb that is fitted to a TB2 drone, Politico earlier reported.

The attacks have drawn criticism from US President Joe Biden and a warning from the United Nations that they may constitute a grave violation of international law, Politico said.

Drones are rapidly turning into the decisive weapon of the conflict and have helped Ethiopian government forces turn the tide against rebels from the Tigray People’s Liberation Front, which governed the country for nearly three decades before 2018.

According to Turkey’s 2021 export figures announced by the Turkish Exporters Assembly in early December, Turkey’s arms sales reached a record level, with the biggest increase to African countries.

In the first 11 months of 2021, Turkey exported $2.793 billion worth of defense products, an increase of 39.7 percent compared to the same period of the previous year. The Turkish defense industry, which set an export record of $2.7 billion in 2019, is preparing to set a new record by closing this year with exports of more than $3 billion. For the first time the defense sector had a 1.8 percent share of Turkey’s total exports in November 2021.