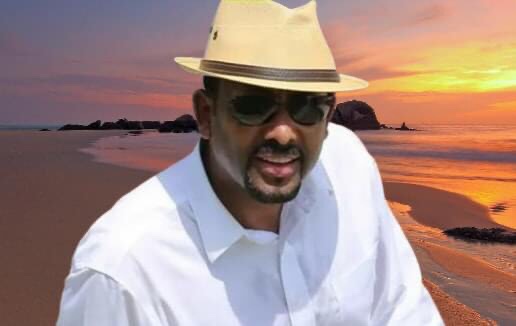 The suspected death toll in an attack by gunmen in Ethiopia’s western Oromia region has risen, with new witness testimony suggesting that between 260 and 320 civilians were killed on Saturday.

Reports of the massacre surfaced on Sunday, as survivors described one of the deadliest such incidents for several years in Ethiopia.

The country’s prime minister, Abiy Ahmed, has condemned what he described as “horrific acts” in Oromia, but has not given any details of the violence.

“Attacks on innocent civilians and destruction of livelihoods by illegal and irregular forces is unacceptable,” Abiy said on Twitter on Monday, pledging “zero tolerance for horrific acts … by elements whose main objective is to terrorise communities.”

Oromia, home to Ethiopia’s largest ethnic group, the Oromo, as well as people from other communities, has experienced unrest for many years, rooted in grievances about political marginalisation and neglect by the central government. Abiy is an Oromo, the first to be in charge of Ethiopia’s government, but some Oromo believe he has betrayed the community’s interests.

Two residents who described the attack on Saturday said the victims were ethnic Amharas, a minority in the region.

There was no indication that the attack was directly linked to a conflict in the northern region of Tigray, which began in November 2020 and has killed thousands and displaced millions.

The attack occurred in the Gimbi district of western Wollega zone in the western part of Oromia. One resident gave a figure of 260 dead, the other said 320. The residents declined to give their names because of fears for their safety.

“So far we have buried 260 people, which I took part in collecting the bodies and burying the bodies. We just buried them in a farm. We buried 50 to 60 bodies in single graves,” said one resident.

He said he had survived by hiding in a ditch, but had lost four siblings and three cousins in the attack.

The other resident said the attackers were ethnic Oromos from a group called the Oromo Liberation Army (OLA).

“It was a massacre of Amharas,” he said, adding that he had survived by hiding in a forest and that he had heard the attackers speaking in the Oromo language.

On Sunday, one witness said the local Amhara community was desperately seeking to be relocated “before another round of mass killings happen”, adding that ethnic Amharas who settled in the area about 30 years ago in resettlement programmes were being “killed like chickens”.

In a statement, the Oromia regional government blamed the Oromo Liberation Army, saying the rebels had attacked “after being unable to resist the operations launched by [federal] security forces”.

The OLA is an outlawed splinter group of the Oromo Liberation Front, a formerly banned opposition group that returned from exile after Abiy took office in 2018. The group formed an alliance last year with the Tigray People’s Liberation Front (TPLF), which has been fighting the federal government in the northern region. There was no suggestion of TPLF involvement in Saturday’s attack in Gimbi.

In recent months a new government offensive has forced the OLA to withdraw from some areas where it previously had significant influence. The massacre follows a number of counterattacks by the group last week.


An OLA spokesperson, Odaa Tarbii, denied the allegations. “The attack you are referring to was committed by the regime’s military and local militia as they retreated from their camp in Gimbi following our recent offensive,” he said in a message to the Associated Press.

“They escaped to an area called Tole, where they attacked the local population and destroyed their property as retaliation for their perceived support for the OLA. Our fighters had not even reached that area when the attacks took place.”

Ethiopia is experiencing widespread ethnic tensions in several regions, most of them over historical grievances and political tensions. The Amhara people, the second-largest ethnic group among Ethiopia’s more than 110 million population, have been targeted frequently in regions like Oromia.

Will Davison, an expert on Ethiopia with the International Crisis Group, said that the situation in Oromia was deteriorating.

“The problems have political roots and there is no sign that these are being addressed. So for now that means increasingly intense violence by both sides,” Davison said