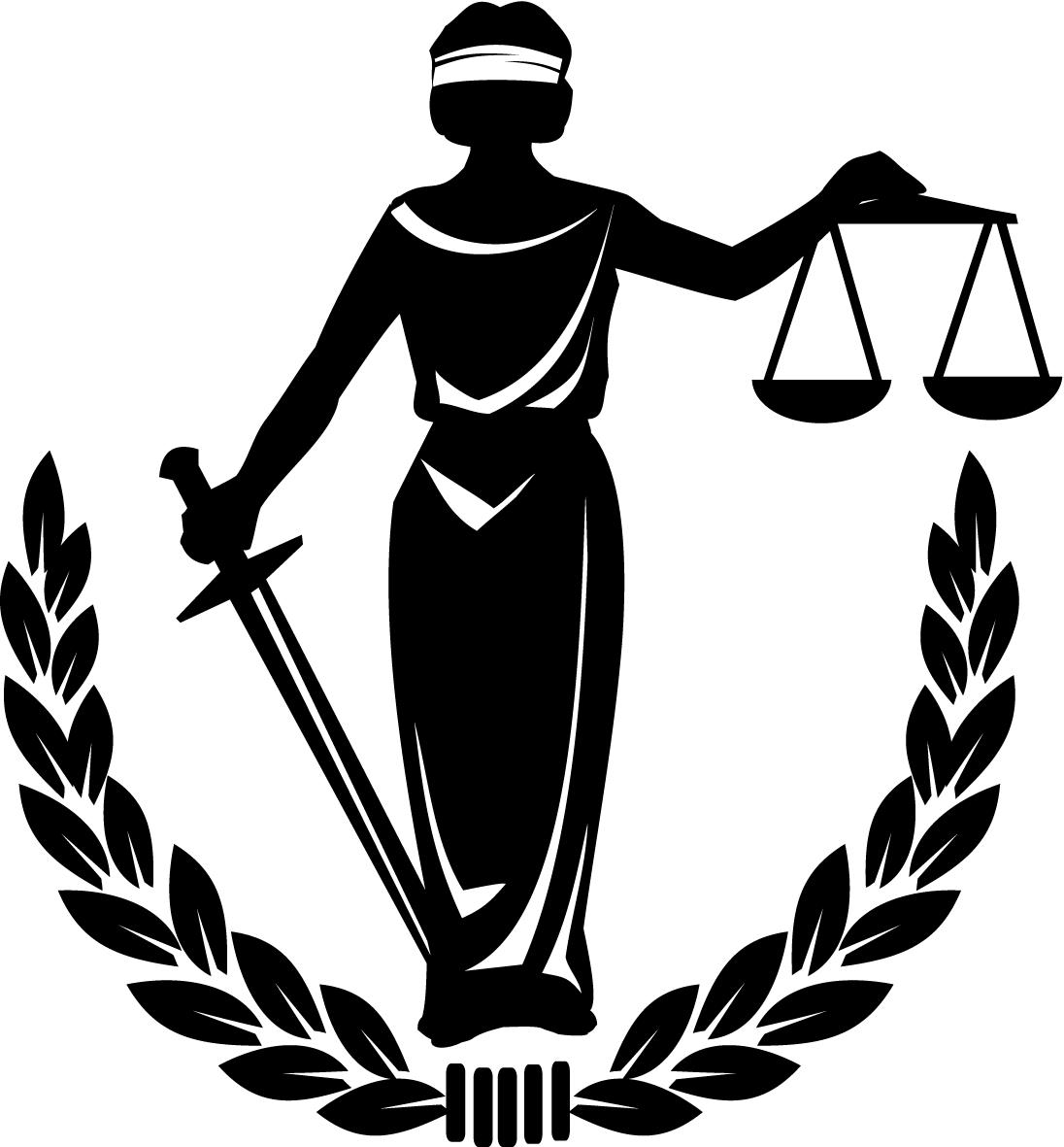 Addis Abeba –  The tragic news of murder and theft targeting private transport service providers in the capital Addis Abeba has shown a spike in frequency as of late; 6 drivers thus far have been killed, according to several reporting done by multiple local media. Within the time frame of a fortnight in July alone, 9 code-3 license-plated vehicles were stolen.

The murdered drivers, who were operating under code-3 license plates, are Tewdros Abebaw (alias Teddy Bunaw), Abel Amarkegn, Salahadin Hassen, Yibeltal, Habte Temesgen (who was a senior citizen and a father), and Tewolde. Every one of these individuals was murdered by criminals masquerading as bonafide passengers.

Two weeks ago, Code-3 private drivers had staged a protest in Addis Abeba, chanting slogans of “Enough death, the government should provide us with protection!”. The protestors lamented that they are being subjected to crimes of stabbing by knives, and strangling by ropes by criminals disguised as passengers; they are also being robbed of their belongings.

Salahadin Hassen, who was chauffeuring an electric car on Tuesday, 19 July, was stabbed to death around the areas commonly known as Gerji 24, in proximity to the Eritrean embassy at 10:00 PM local time; His car was also stolen. The 24-year-old resident of 70 Dereja neighborhoods, Saladin, was working tirelessly to better his life and provide for his family when this unfortunate event occurred.

Following his death, Ride drivers staged a protest demanding justice for Salahadin. Noting that crime has multiplied in the city, drivers carried various banners, among them: “enough to dying while working”, and called on the government to render the issue due attention. Saladin’s parents have been wailing for justice, his mother has failed to come to terms with her son’s death and has pleaded with the government to bring the perpetrators to justice.

Another victim, Tewdros Abebaw, nicknamed Teddy Bunaw by those who knew him, was well-known for his works of philanthropy and supporting the Ethiopian Coffee F.C. On the 15 March this year, Teddy was murdered by unknown assailants around Kolfe Keranyo, Wereda 7, an area commonly referred to as Bethel, Addis Tesfa, at approximately 11:00 PM local time, according to the Addis Abeba Police Commission.

The commission had further stated that it had conducted investigations, capturing those responsible for such crimes which took place at different intervals of time and publicly announced it. In specific reference to the crimes committed against drivers and passengers of private taxi services, the police said that they had arrested 8 suspects and were accordingly inputting further investigative work.

drivers who only want to make ends meet through hard work, using smartphones to reach out to customers, are exposed to murder and robberies

Another victim who was murdered in similar crime on 9 June is Habte Temesgen, a father of three; he disappeared for two weeks without any trace before the police notified the family that they had found his body in the vicinity of Tullu Dimtu, on the outskirt of Addis Abeba to Bishoftu. This is yet another tragic murder causing bereavement to a family; Disguised as passengers hailing for taxi services, criminals took away Habte’s life, a bread winning family man.

In June, Mikiyas Teferi, another Ride driver, had a request come through the call center for a trip from Saris, destined for Jemo. He complied and allowed three people to board his vehicle, after reaching Jemo, he was threatened at knife point and had his car stolen.

These crimes have become increasingly common in Addis Abeba; drivers who only want to make ends meet through hard work, using smartphones to reach out to customers, exposed to murder and robberies.

Not much to hope for

Drivers who spoke to Addis Standardbeg the government to pay due attention to the security concerns and apply the necessary measures. For the drivers working in this nascent sector, it now became incredibly difficult to freely move around and make a living in the capital.

One driver who wanted to remain anonymous told Addis Standard, that the shortage of policing manpower has made it conducive enough for this crime to spike. He decried there is no accountability to even try to return the stolen property, including vehicles, thus encouraging homicidal thieves to continue pursuing their criminal activities unabated.

Another driver who also spoke with Addis Standard on the condition of anonymity for fear of being identified, said that the crime being committed has been alarming and that it forced him to reduce his working hours. “I am driving a rented Toyota vitz. Apart from pumping my gas, I have to pay 700 birr on a daily basis to the owner of the vehicle. I am the head of my household and we all live in a rented house. Because I have to live for my kids, I always stop driving when it gets dusk,”  he says. According to him, ride-hailing and similar service companies should provide legal protection to ensure the safety of the driver or build a system that enables verification of the identity of the passenger. He further warned that unless these companies take such measures, the drivers, riders and the companies themselves will undergo pervasive abuse.

*Malke is another driver whose idea of solution is to “trust in God.” Melke told Addis Standard ” I trust in God and that’s how I always get to work ,” and added that even though he drives his own car, he does not work in the same manner as he used to in the past due to these horrible murders and robberies. “I don’t feel safe at all and I prefer to buckle myself to home the earliest I can,” Melke said, adding, “The government should provide us with the necessary protection and the companies in the service should be engaged in a mandatory security platform.”

“Because I am afraid of working in the private transport sector, I have started transporting passengers who need services on main roads only and will stop working at night,” another driver says. Fear is the common trait all drivers share at this point; fear of working to provide family, to make ends meet.

Code 3 meter taxi transport drivers and owners association in Addis Abeba said that so far six drivers have been brutally killed by people who booked in to get the service under the guise of passengers, Deutsche Welle Amharic reported. The drivers heavily criticized companies which have established a metered taxi service platform and embraced the drivers and code 3 private automobiles in public transportation in the city for failing to guarantee the safety of the drivers. They called on the government to provide solutions for the rampant homicide that has been spiking alarmingly.

The President of Code 3 Meter Taxi Transport Drivers and Owners Association, Henok Tesfaye, said, “The government collects more than 450 million birr in revenue every year from this sector,” and called on the government to pay due attention to  the sector, which, according to him,  employs up to 45,000 drivers. The drivers, who gathered for candlelight vigil for their colleague and loved ones Saladin, who was mercilessly murdered and whose car was robbed, also expressed their concern regarding the ongoing manslaughter.

Henok appealed to the government to monitor and take corrective action as non-Ethiopians are involved in this type of crime. Despite the platform having become convenient for those who afford the service and has created job opportunities, drivers, passengers and vehicle owners are facing security threats.

Ride Private Transport Service Company, one of the earlier and most successful taxi hailing companies in Ethiopia, has announced on its social media page that a program has been prepared to to provide safety features and procedures to drivers under its operations from August 5 to 10 of 2022. Among the safety measure packages Ride is introducing is have drivers to take a photo of their customer with a cell phone and send the image directly to the company’s server for uploading. It asked customers to not get confused and cooperate with drivers.

By the time private transport providers went out to protest and demand justice following the murder of Saladin, about nine cars were stolen in a span of 15 days, of which only one car was found with their own efforts. They at the protest, they not only remembered their six colleagues who were murdered while doing their jobs, but also made a point to the city’s law enforcement that they are not able to start working under the current situation and called on the concerned government body for help.

Addis Standard’s attempts to get hold of these transport companies, particularly Ride and Feres, to collect more data and clarification were to no avail. AS