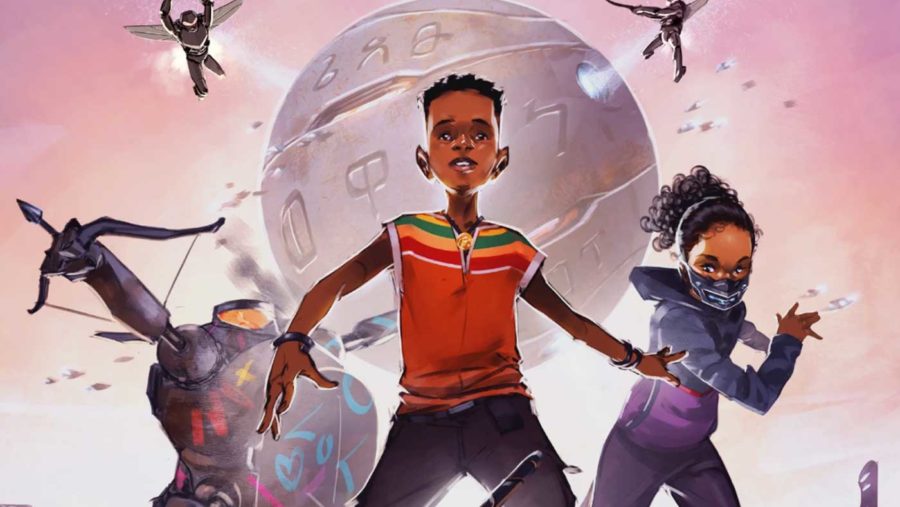 Prince Joel Makonnen, member of the former imperial family of Ethiopia, releases a novel for teenagers, but it is not only a typical Novel but that of a science fiction novel, which immerses the reader in a world where technologies and traditional Ethiopian values ​​coexist

The science fiction novel Last Gate of the Emperor tells the story of Yared, a boy living in a near future filled with technology where the world has become a more advanced and developed place, but generosity is still not available for all. the world. By connecting to an augmented reality game to forget his daily life, the hero gets lost in a strange world, where the African legends of his grandfather resurface.

The story is based in part on the experiences of Prince Yoel Makonnen, who grew up in exile, learning the history of his country, whose ancestors were emperors. The city of the novel is called Abbis Prime, which will recall the name of Abbas Ababa, the Ethiopian capital.

Gizmodo explains that the book “draws inspiration from Ethiopian history and folklore to weave an Afro-futuristic tale of escaping into worlds of adventure and wonder through the power of technology.” Yoel or Joel Makonnen is co-author of the book with Kwame Mbalia, famous bestseller author.

The book will be published on May 4, 2021 from Scholastic editions.

Prince Joel is very committed to the African American cause and the representation of African culture. The descendant of the Ethiopian Negus regularly shares his opinion on his social media, supported in his convictions by his wife, Princess Ariana. The Prince of Ethiopia and his wife have been very active in the Black Lives Matter protest movements. Close to the Obamas, who sent their personal congratulations on their wedding announcement, they are also staunch supporters of Kamala Harris, Joe Biden’s running mate.

Prince Yoel is 5th in order of succession to the former Imperial Ethiopian throne. Emperor Haile Selassie’s great-grandson married American Ariana Austin in 2017. Ariana is one of the few American princesses.