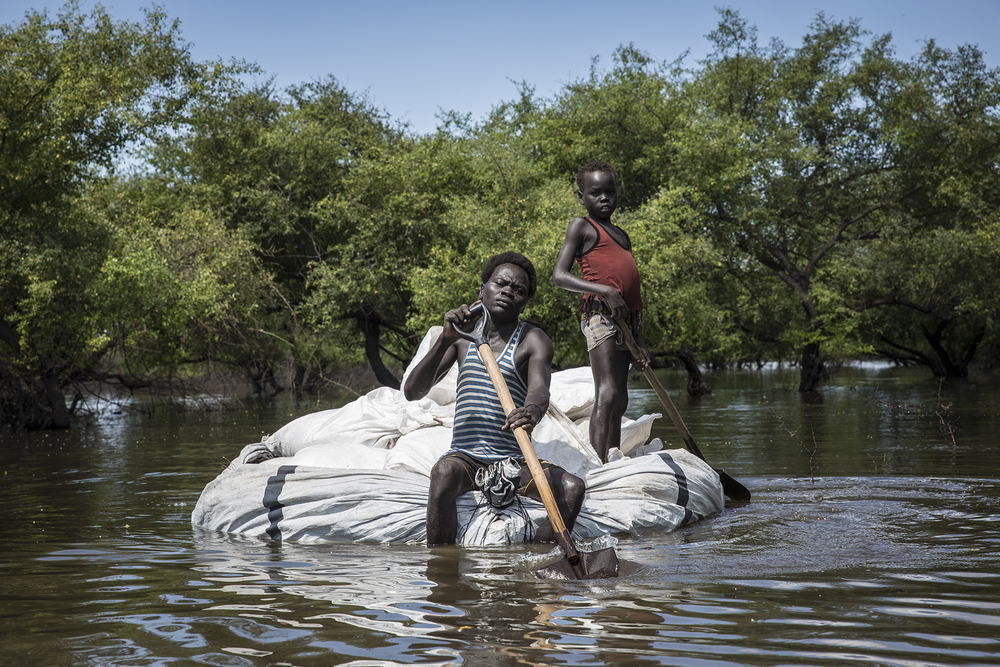 As forest fires turn California’s sky an apocalyptic red, vast swathes of Africa are being submerged by once in a lifetime floods. From Ethiopia and Sudan to Nigeria and Senegal, torrential rains have displaced well over a million people and are threatening already vulnerable food supplies.

In Ethiopia, over 500,000 people have been affected after several rivers, including the Blue Nile, broke their banks. Some places recorded the heaviest rains in a century, according to Seleshi Bekele, Ethiopia’s Water and Irrigation Minister.

Officials say the floods have killed animals and destroyed homes and crops in a way not seen in decades. About 200,000 people have been left homeless in at least five of Ethiopia’s 10 regions, said Mr Bekele.

Downriver the devastation in Sudan is immense. Earlier this month, the rains destroyed around 100,000 homes, killing more than 100 people.

The river Nile regularly bursts its banks in Sudan, irrigating the area and making parts of the vast nation one of the breadbaskets of Africa. But this year the Nile has reached such an ‘unprecedented level’ that the water is threatening the country’s 200 ancient pyramids.

Last week, archaeologists and officials were forced to build sandbag walls and pump water away from the royal pyramids at Nuri and Meroe. “The floods had never affected the site before,” Marc Maillot, an archaeologist, told reporters. “If the level of the Nile continues to rise, the measures taken may not be sufficient.”

In war-torn South Sudan, more than 600,000 people have been displaced by floods along the White Nile, according to the United Nations.

Across western Africa, the story is much the same. The river Niger broke its banks in Niamey, Niger’s capital, sweeping away mud huts and displacing more than 225,000 people, according to local authorities.

In Nigeria, with its giant population of 200m, the floods have reportedly washed away a quarter of the rice harvest.

Even the arid coastal nation of Senegal has not been spared. Earlier this month authorities there recorded 124 millimetres of rain in seven hours — the volume it would normally get throughout its entire rainy season from July to September.

This article is republished from telegraph under a Creative Commons license. Read the original article.