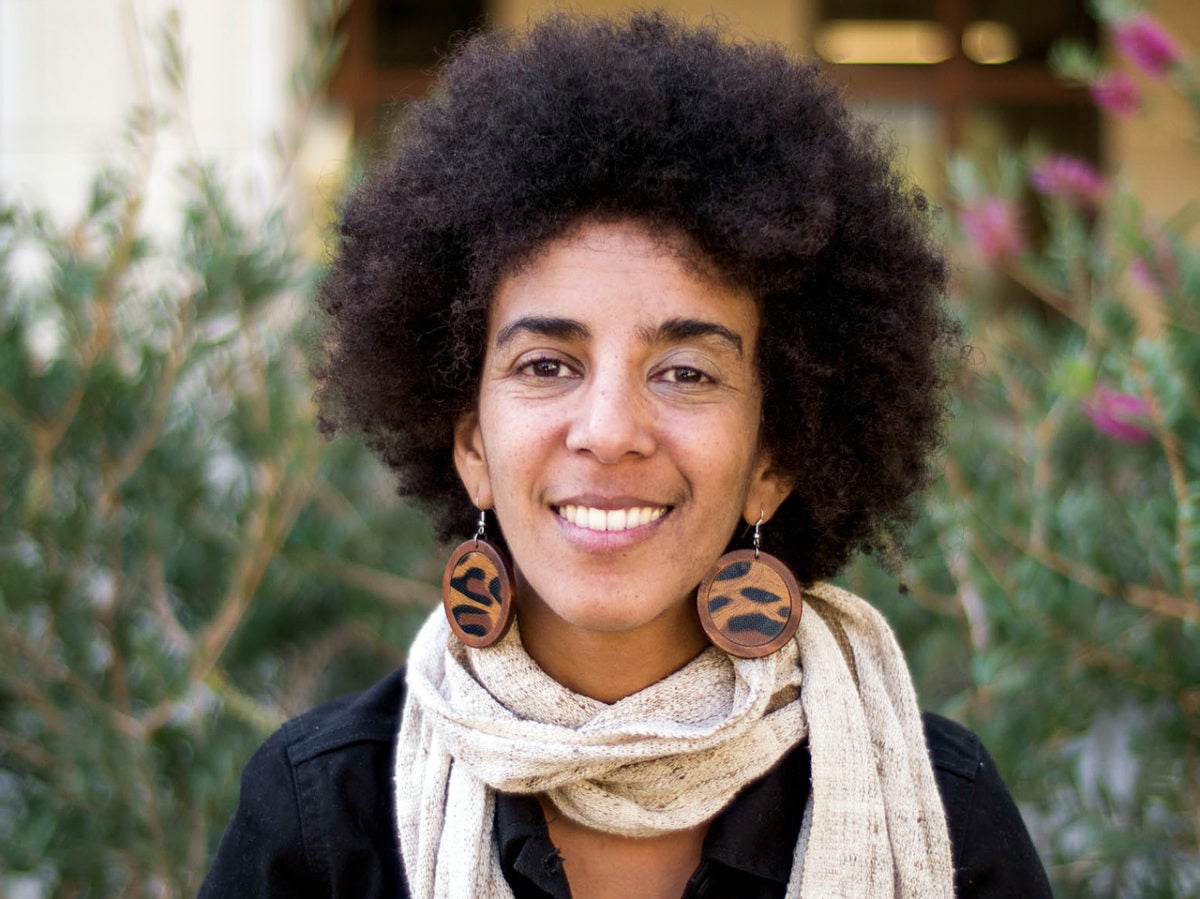 The company’s star ethics researcher highlighted the risks of large language models, which are key to Google’s business.

Karen Hao
On the evening of Wednesday, December 2, Timnit Gebru, the co-lead of Google’s ethical AI team, announced via Twitter that the company had forced her out.

Gebru, a widely respected leader in AI ethics research, is known for coauthoring a groundbreaking paper that showed facial recognition to be less accurate at identifying women and people of color, which means its use can end up discriminating against them. She also cofounded the Black in AI affinity group, and champions diversity in the tech industry. The team she helped build at Google is one of the most diverse in AI and includes many leading experts in their own right. Peers in the field envied it for producing critical work that often challenged mainstream AI practices.

A series of tweets, leaked emails, and media articles showed that Gebru’s exit was the culmination of a conflict over another paper she coauthored. Jeff Dean, the head of Google AI, told colleagues in an internal email (which he has since put online) that the paper “didn’t meet our bar for publication” and that Gebru had said she would resign unless Google met a number of conditions, which it was unwilling to meet. Gebru tweeted that she had asked to negotiate “a last date” for her employment after she got back from vacation. She was cut off from her corporate email account before her return.

Online, many other leaders in the field of AI ethics are arguing that the company pushed her out because of the inconvenient truths that she was uncovering about a core line of its research—and perhaps its bottom line. More than 1,400 Google staff members and 1,900 other supporters have also signed a letter of protest.

Many details of the exact sequence of events that led up to Gebru’s departure are not yet clear; both she and Google have declined to comment beyond their posts on social media. But MIT Technology Review obtained a copy of the research paper from  one of the coauthors, Emily M. Bender, a professor of computational linguistics at the University of Washington. Though Bender asked us not to publish the paper itself because the authors didn’t want such an early draft circulating online, it gives some insight into the questions Gebru and her colleagues were raising about AI that might be causing Google concern.

“On the Dangers of Stochastic Parrots: Can Language Models Be Too Big?” lays out the risks of large language models—AIs trained on staggering amounts of text data. These have grown increasingly popular—and increasingly large—in the last three years. They are now extraordinarily good, under the right conditions, at producing what looks like convincing, meaningful new text—and sometimes at estimating meaning from language. But, says the introduction to the paper, “we ask whether enough thought has been put into the potential risks associated with developing them and strategies to mitigate these risks.”

The paper, which builds on the work of other researchers, presents the history of natural-language processing, an overview of four main risks of large language models, and suggestions for further research. Since the conflict with Google seems to be over the risks, we’ve focused on summarizing those here.

Training large AI models consumes a lot of computer processing power, and hence a lot of electricity. Gebru and her coauthors refer to a 2019 paper from Emma Strubell and her collaborators on the carbon emissions and financial costs of large language models. It found that their energy consumption and carbon footprint have been exploding since 2017, as models have been fed more and more data.

Strubell’s study found that training one language model with a particular type of “neural architecture search” (NAS) method would have produced the equivalent of 626,155 pounds (284 metric tons) of carbon dioxide—about the lifetime output of five average American cars. Training a version of Google’s language model, BERT, which underpins the company’s search engine, produced 1,438 pounds of CO2 equivalent in Strubell’s estimate—nearly the same as a round-trip flight between New York City and San Francisco. These numbers should be viewed as minimums, the cost of training a model one time through. In practice, models are trained and retrained many times over during research and development.

Gebru’s draft paper points out that the sheer resources required to build and sustain such large AI models means they tend to benefit wealthy organizations, while climate change hits marginalized communities hardest. “It is past time for researchers to prioritize energy efficiency and cost to reduce negative environmental impact and inequitable access to resources,” they write.

Large language models are also trained on exponentially increasing amounts of text. This means researchers have sought to collect all the data they can from the internet, so there’s a risk that racist, sexist, and otherwise abusive language ends up in the training data.

An AI model taught to view racist language as normal is obviously bad. The researchers, though, point out a couple of more subtle problems. One is that shifts in language play an important role in social change; the MeToo and Black Lives Matter movements, for example, have tried to establish a new anti-sexist and anti-racist vocabulary. An AI model trained on vast swaths of the internet won’t be attuned to the nuances of this vocabulary and won’t produce or interpret language in line with these new cultural norms.

It will also fail to capture the language and the norms of countries and peoples that have less access to the internet and thus a smaller linguistic footprint online. The result is that AI-generated language will be homogenized, reflecting the practices of the richest countries and communities.

Moreover, because the training data sets are so large, it’s hard to audit them to check for these embedded biases. “A methodology that relies on datasets too large to document is therefore inherently risky,” the researchers conclude. “While documentation allows for potential accountability, […] undocumented training data perpetuates harm without recourse.”

The researchers summarize the third challenge as the risk of “misdirected research effort.” Though most AI researchers acknowledge that large language models don’t actually understand language and are merely excellent at manipulating it, Big Tech can make money from models that manipulate language more accurately, so it keeps investing in them. “This research effort brings with it an opportunity cost,” Gebru and her colleagues write. Not as much effort goes into working on AI models that might achieve understanding, or that achieve good results with smaller, more carefully curated data sets (and thus also use less energy).

The final problem with large language models, the researchers say, is that because they’re so good at mimicking real human language, it’s easy to use them to fool people. There have been a few high-profile cases, such as the college student who churned out AI-generated self-help and productivity advice on a blog, which went viral.

The dangers are obvious: AI models could be used to generate misinformation about an election or the covid-19 pandemic, for instance. They can also go wrong inadvertently when used for machine translation. The researchers bring up an example: In 2017, Facebook mistranslated a Palestinian man’s post, which said “good morning” in Arabic, as “attack them” in Hebrew, leading to his arrest.

Gebru and Bender’s paper has six coauthors, four of whom are Google researchers. Bender asked to avoid disclosing their names for fear of repercussions. (Bender, by contrast, is a tenured professor: “I think this is underscoring the value of academic freedom,” she says.)

The paper’s goal, Bender says, was to take stock of the landscape of current research in natural-language processing. “We are working at a scale where the people building the things can’t actually get their arms around the data,” she said. “And because the upsides are so obvious, it’s particularly important to step back and ask ourselves, what are the possible downsides? … How do we get the benefits of this while mitigating the risk?”

In his internal email, Dean, the Google AI head, said one reason the paper “didn’t meet our bar” was that it “ignored too much relevant research.” Specifically, he said it didn’t mention more recent work on how to make large language models more energy efficient and mitigate problems of bias.

However, the six collaborators drew on a wide breadth of scholarship. The paper’s citation list, with 128 references, is notably long. “It’s the sort of work that no individual or even pair of authors can pull off,” Bender said. “It really required this collaboration.”

The version of the paper we saw does also nod to several research efforts on reducing the size and computational costs of large language models, and on measuring the embedded bias of models. It argues, however, that these efforts have not been enough. “I’m very open to seeing what other references we ought to be including,” Bender said.

Nicolas Le Roux, a Google AI researcher in the Montreal office, later noted on Twitter that the reasoning in Dean’s email was unusual. “My submissions were always checked for disclosure of sensitive material, never for the quality of the literature review,” he said.