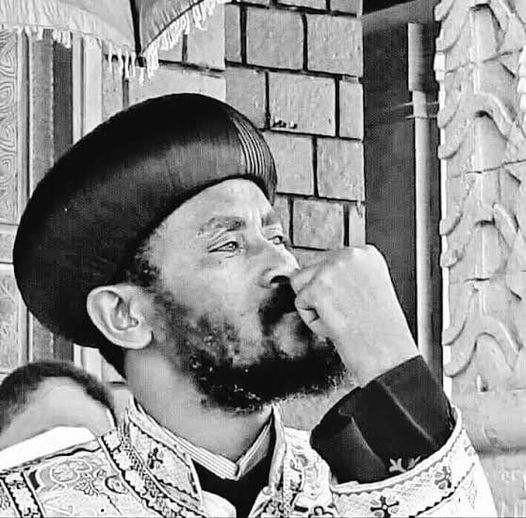 Abune Ermias, Ethiopian Orthodox Church Archbishop of the North Wollo Diocese, will go down in history as one of the great hero who risked his life to save innocent civilians, both Muslims and Christians, in Woldiya town, capital of North Wollo, during its five months occupation under the Tigray People’s Liberation Front (TPLF) terrorists.

The residents of Woldiya, both Muslims and Christians, have confessed the Patriarch’s unselfish sacrifice to save those who needed saving.

He did not only beg the TPLF men to have mercy on the poor but he also advised the civilians under occupation to have patience and endure the challenges.

“He was with us at times of sorrow or happiness. He saved us from the wolves.”, said Mola Ejigu, a resident of Woldiya city.

He was all the people had when they were desperate. At one time a pregnant woman who was about to give birth sent a letter to the Patriarch to help her find food. And there was another woman who the Patriarch buried because he was unable to find her medical treatment. Most of all there were so many people starving.

And then the Patriarch made a secret declaration. He asked the resident to give him the money they had. He told them that either they will live together or they will die together but he wanted no one to starve.

And everyone gave him all the money they hid from the terrorists and he collected about one hundred twenty thousand USD (5.9 million ETB).

The Patriarch wasted no time to use the money to smuggle crops, cattle and medications from neighboring areas into the city. He also asked 14 businessmen to reopen their milling shops to prepare the crops he had smuggled in for the hungry. He also provided fuel for this milling places. He provided the food and medication to the residents without any type of discrimination whether by religion or relationship.

And he pulled all of this without the terrorists having any idea what was going on.

“Unless I have collected the money those who were caught with the cash could have been killed. But I am elated to see the Ethiopian culture of sharing alive. As a religious father I am happy to have seen people sharing at the time of need and desperation”, said the Abune Ermias.

Haji Yasin Idris, a resident Muslim religious leader, also confirmed the Patriarch’s bravery and that he rallied all religious leaders in the city to stand with the people while the terrorists raped, killed, pillaged and looted the city.

On Monday, Deputy Prime Minister and Minister Foreign Affairs, Demeke Mekonnen, visited Woldiya along with the famous Lalibela town. At Woldiya, he met Abune Ermias and thanked him for his sacrifice and for protecting the people at the most desperate time.