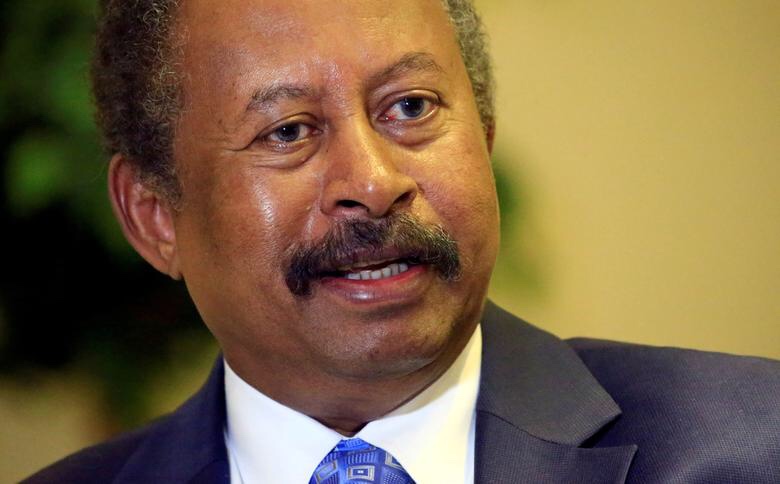 0
Read Time:2 Minute, 12 Second
Sudan is seeking a legally binding agreement over the filling and operation of the Grand Ethiopian Renaissance Dam (GERD) because the downstream country does not want to be at the mercy of Ethiopia, said Sudanese Prime Minister Abdalla Hamdok.

Speaking to CNN in a videoconference interview on Wednesday, Hamdok said that the GERD, which is built near the Sudanese border, would bring a lot of benefits to the three riparian countries.

He said that there is a need for a binding agreement to materialize these benefits and to enable the downstream country to utilize the water released by the dam.

“Without that agreement, we will be always at the mercy of Ethiopia which can give it today and close it tomorrow. This is why we are asking for a binding agreement within the international law,” he stressed.

Ethiopia says determined to unilaterally carry out next July the second filling of the GERD reservoir without an agreement with the downstream countries. It also refuses to link this process with the signing of a binding agreement it rejects.

Instead, Addis Ababa proposed to form a joint ad-hoc technical team to exchange data and coordinate between the three countries during the filling. Sudan was negatively affected by the first unilateral filling in 2020.

Sudan and Egypt refused the offer saying the data exchange should part of the legally binding agreement.

Hamdok further emphasized that Sudan’s call for a quadripartite mediation does not mean rejecting the role of the African Union.

“We are the first to propose the motto of African solution for African problems. The AU is our premier institution and we respect it”.

The proposed mediators “are (already) there observing this process with us. We just want them to elevate their role from the observers who are sitting (at the negotiating table) passively to mediators who could operate help us to reach a solution and reach it soon”.

Ethiopia rejects the four-way mediation saying they support African solutions for the African problems. Also, Addis Ababa persistently praises the role played by South Africa last year and demanded during the Kinshasa meeting to involve Pretoria in any future talks on the GERD.

Sudan had blamed South Africa for its inertia in the talks while the Ethiopian delegation ostensibly hampered progress in the negotiations and filled contradictory propositions, according to the Sudanese officials.

On the border dispute with Ethiopia, Hamdok wondered why the government of Prime Minister Ahmed Abiy contests today the border demarcation agreement signed by the two countries in 1902.