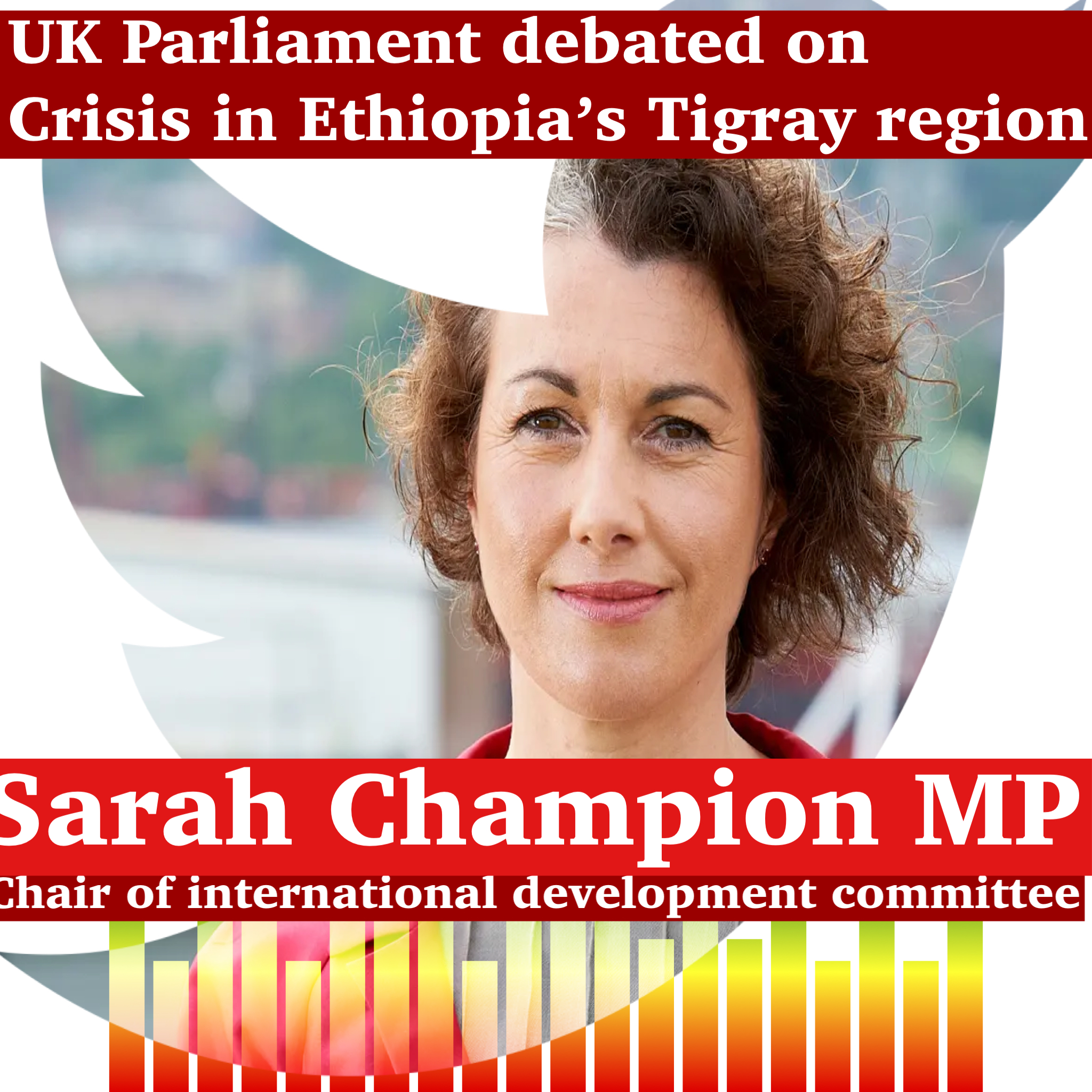 The Chair of the International Development Committee, Sarah Champion MP, led a debate on the continuing humanitarian crisis in Ethiopia’s Tigray region where fighting broke out between government forces and the Tigray Defence Forces in November 2020. Aid agencies say more than 5 million people are experiencing acute food insecurity in and around the Tigray region.

“This debate is vital to raise awareness about the continuing tragedy unfolding in Tigray. The Red Cross have estimated that 5.5 million people in Tigray and the neighbouring regions of Afar and Amhara are going hungry. My committee made a series of recommendations to the UK government in April urging it to use all diplomatic means to help end the conflict and facilitate humanitarian access. While the Red Cross says access has improved since the early period of the crisis the situation remains greatly concerning – as the vast number of hungry people shows. Our government should redouble its efforts”.

The International Development Committee published a report on Tigray in April 2021 calling on the UK government to use all diplomatic means possible to end the conflict and use its relationship with Ethiopia to ensure its government protects the population from violence. The report also called for independent monitors to access the area to ensure that evidence of crimes that have been committed is secured and to bring those responsible to justice. The UK government agreed that the key priorities are to improve humanitarian access, reduce conflict and find a political solution.

A Report in Tigray