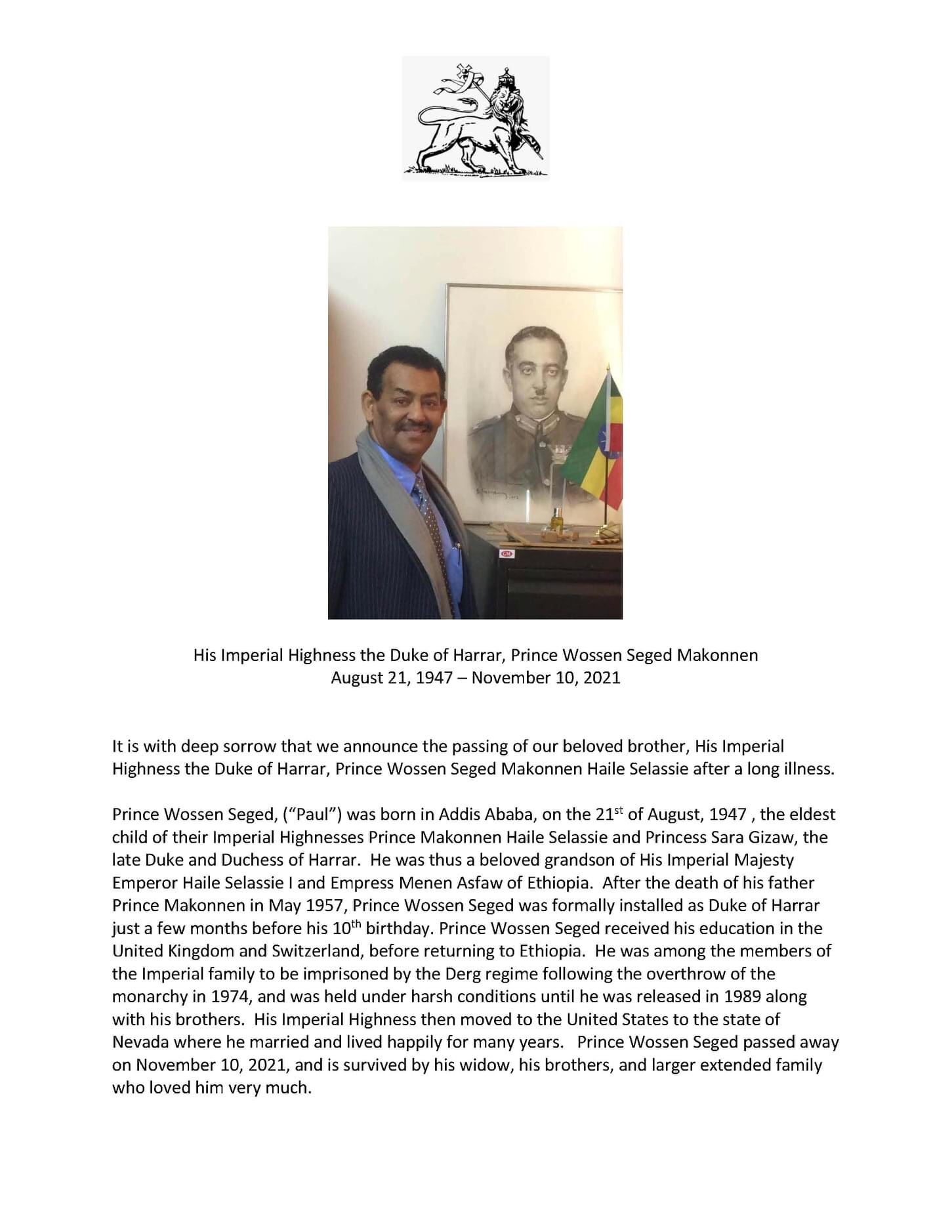 It is with deep sorrow that we announce the passing of our beloved brother, His Imperial Highness the Duke of Harrar, Prince Wossen Seged Makonnen Haile Selassie after a long illness.

Prince Wossen Seged, (“Paul”) was born in Addis Ababa, on the 21st of August, 1947 , the eldest child of their Imperial Highnesses Prince Makonnen Haile Selassie and Princess Sara Gizaw, the late Duke and Duchess of Harrar. He was thus a beloved grandson of His Imperial Majesty Emperor Haile Selassie I and Empress Menen Asfaw of Ethiopia. After the death of his father Prince Makonnen in May 1957, Prince Wossen Seged was formally installed as Duke of Harrar just a few months before his 10th birthday. Prince Wossen Seged received his education in the United Kingdom and Switzerland, before returning to Ethiopia. He was among the members of the Imperial family to be imprisoned by the Derg regime following the overthrow of the monarchy in 1974, and was held under harsh conditions until he was released in 1989 along with his brothers. His Imperial Highness then moved to the United States to the state of Nevada where he married and lived happily for many years. Prince Wossen Seged passed away on November 10, 2021, and is survived by his widow, his brothers, and larger extended family who loved him very much.

We would like to express our deep gratitude to the many people from all over the world who have reached out to us to offer their sympathies at this difficult time. We are very moved by the affection shown towards our brother, and to our family. The funeral will be held in privacy in light of circumstances, and we ask for everyones understanding. May God rest the soul of our dear brother Prince Wossen Seged in paradise, and may his memory be eternal.