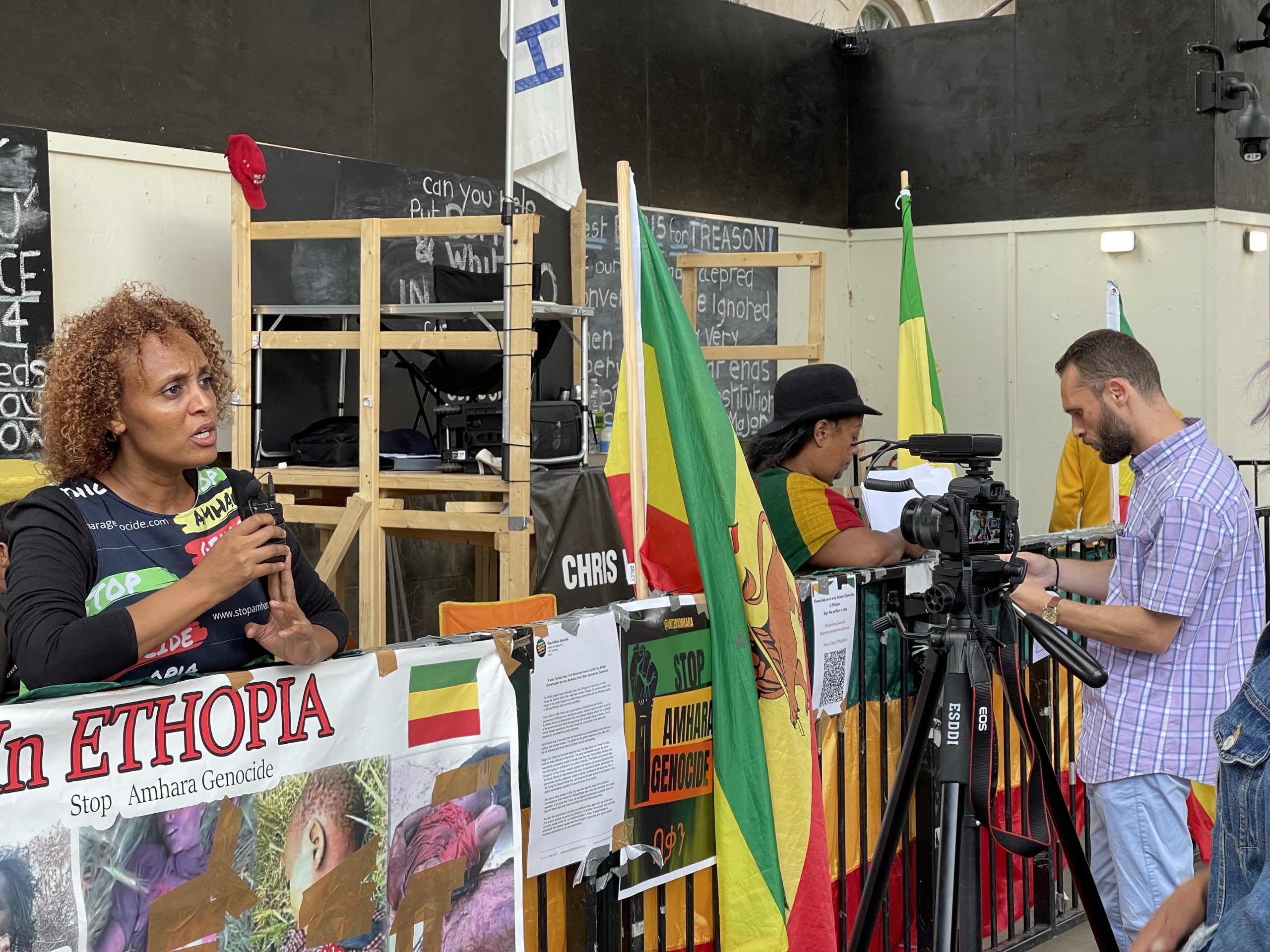 Statement of Ethiopian Diaspora Organizations on The Continued Incarceration of Fanno Leaders And The Hunger Strike in London to Protest Amhara Genocide
3 August 2022
Washington D.C.

We, leaders of organizations listed below, express our solidarity with the brave Ethiopian women who have been on a hunger strike in London for the last two weeks to expose to the world the ongoing Amhara Genocide in Ethiopia, primarily in the Oromia Regional State, Wellega Zone; Benshangul Gumuz Region; and Northern Shoa Zones of the Amhara Regional State.
The brave activists have been compelled to go on a hunger strike
because the international media and communities have so far chosen to ignore the plights of the Amhara people, who are brutally murdered on a daily basis for who they are by the barbaric and genocidal Oromo Liberation Front Army (OLF-A) that is also being supported by certain elements of the federal and regional governments.
Astonishingly, to date, the British government and the international media have not addressed the protests of these brave and selfless activists. This is another testament of
the biases of Western countries and their media against the Amhara people who have
not been given the same treatment as the terrorist Tigre and Oromo extremists. We strongly condemn the partisanship of the Western media for ignoring these dedicated Ethiopians that are on hunger strike some of whom are now under intensive care.
We also denounce the Ethiopian Federal Government for continuing the incarceration of the following Fanno leaders after the Amhara Regional State Supreme Court ordered
their release on bail:
 Dr. Wondwossen Asefa
 Mr. Getahun Berie
 Mr. Esayiyas Demeke
 Ms. Shitayie Yetiwale
 Ms. Sewasew Aragaw
 Dr. Tadesse Tesfa-Selasssie
 Major Daniel Asress
 Mr. Abebe Mulatu
 Mr. Natinaiel Abebaw
 Mr. Eyobibied Alemayhu
 Mr. Sitotaw Melkie
 Mr. Tadese Fikir
 Mr. Atinkut Sertse-Dingil
 Mr. Gebeyhu Mola.

These are leaders who put their lives on the line, when the Ethiopian Federal and Regional Governments mobilized them to defend Ethiopia from the terrorist TPLF aggressors last year. Now, the federal government is hunting them down as it treacherously prepares for negotiations with the same group it had declared as a terrorist organization two years ago.