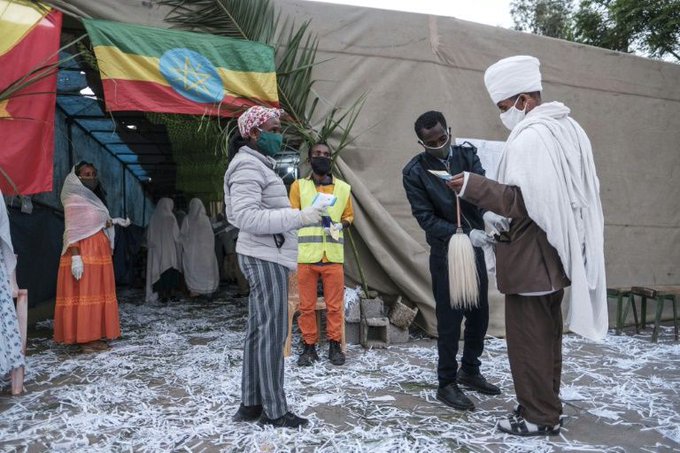 The ruling party in Ethiopia’s northern Tigray region won all contested seats in elections this week that have further poisoned an already hostile relationship with the federal government, an election official said Friday.

“The total seats for all the regional constituencies were won by the TPLF,” Muluwork said, referring to the Tigray People’s Liberation Front.

The regional parliament is composed of 190 seats — 152 of which were up for grabs in Wednesday’s polls.

The remaining 38 seats will be allocated after negotiations among the five political parties who participated in the vote, meaning there is still a chance for some opposition representation, Muluwork said.

The elections mark a low point in a bitter dispute between the government of Prime Minister Abiy Ahmed and Tigray, which dominated Ethiopian politics for nearly three decades before anti-government protests swept Abiy to power in 2018.

However Tigrayan leaders rejected the extension of mandates — which would have expired in October — contending that if national elections did not happen, Abiy’s government would become illegitimate.

Though the party has been sidelined under Abiy, it remains in command in Tigray, whose people make up six percent of Ethiopia’s population of 110 million.

Opposition leaders began tempering expectations before results were released, saying they expected the TPLF to win most if not all contested seats.

On Friday Hayalu Godefay, chairman of opposition party Salsay Woyane Tigray, raised the possibility of “fraud” but said he was still gathering information on how voting went.