On the morrow of a new year the new Ethiopian 200 Birr note displays a picture of white bird carrying olive branch, which is a sign of peace. Indeed, the new note has carried a special and timely message that is meaningful not only at this moment but also that can pass to the coming generation and to the other world.

No doubt that the new currency will hit the economic objective it was meant to up on the intent to change. But beyond the economic significance the design and contents of the currencies also play meaningful role in the cultural and historical aspects of the people. All the currencies have their own designs and messages that are of significant importance in the culture of the people.

Ethiopia has been using modern currency like coins at least since the mid-18th century. Introduced by Emperor Iyassu II Maria Theresa Thaler (MTT) has been a famous and valuable currency widely used among the people.

The money which is also famous out of Ethiopia has special relation with Ethiopia and Ethiopians. Evidences indicate that about 20 percent of the total amount of MTT was in Ethiopia at the moment. This shows the powerful business transaction that was taking place in and out of the country at the moment. It was also famous among many elderly people in Ethiopia who will remember it as Martresa. It has kept a good history as well as the country’s people together.

Later other currencies like pound, shilling, and franc were introduced and operated in the country. They have their own varying historical incidents to be introduced in the country. As Ethiopia started to make is own currency by getting rid of the influence and involvement of foreign banks and government it has shown many progress. Especially the introduction of Birr as the official currency has carried a lot of meaning.

By emancipating fiscal policy from others pressure in the past it was able not only to bring about a stable currency, but it was able to reflect the rich cultural and historical assets of the country.

The currencies issued in different times reflect the historical assets. Further the social and cultural assets are also reflected. This contributes to bring unity and ownership feeling of the people.

The newly introduced note, 200 Birr also carries a message of peace which is a white dove carrying olive branch. This is a commendable endeavor as it signifies the very important issue that Ethiopians at the moment give due attention. 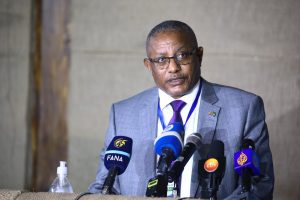