Greatness comes in many guises, and sometimes greatness can be achieved from a wheelchair. Prof. Getachew Haile was an intellectual giant, a historian, linguist and theologian all rolled into one, unrivaled and unequaled. He was a man of towering integrity and principle who spoke truth to power. At this difficult time in Ethiopia’s long history to lose such a giant is yet another great blow.

Prof. Getachew was born at Shenkora, Shewa Province in 1931. He attended Holy Trinity Cathedral School in Addis Ababa from 1945 to 1951. He was sent to Cairo in 1952 for further schooling, graduating from the Coptic Theological College, Cairo, Egypt with a Bachelor of Divinity in 1957. He went on to earn a Bachelor of Arts from the American University in Cairo in 1957. He then went on to West Germany in 1957, where he received a Ph. D. from the Eberhard-Karls-Universität Tübingen in Semitic Philology in 1962.

Professor Getachew served as associate professor in the Department of Ethiopian Languages and Literature, at Haile Selassie I University (now Addis Ababa University), from 1962 to 1969, and 1971 to 1974, where he taught Amharic Grammar, Amharic Literature, Ge’ez Grammar, Ge’ez Literature, Arabic Grammar, and Semitic Linguistics. After going into exile he joined St. John’s University in Collegeville Minnesota in 1976 where he worked in the Medieval Studies Department and served as Curator of the Ethiopian Study Center at the Hill Museum & Manuscript Library. He was a prolific writer and was on the advisory boards of several prominent scholarly journals and publications.

As an elected member of the lower house Ethiopia’s Imperial Parliament in 1974, Professor Getachew Haile was a vociferous critic of the actions of the Marxist Derg regime that toppled Emperor Haile Selassie and imposed military rule. As a result, orders were given that he be arrested, but when soldiers came to his home he engaged in a shootout with them that lasted for days. Finally he was wounded and captured. Due to a severe spinal cord injury sustained in the shootout, Professor Getachew became a paraplegic and was confined to a wheelchair. He was allowed to go abroad for medical treatment, and went into exile. He was offered an award by the Ethiopian government for academic excellence in 1991 which he declined. He continued to be a vocal critic of the Derg regime, and later of the EPRDF regime and ethnic politics that replaced them.

He was fluent in Amharic, Ge’ez, Coptic, Arabic, Hebrew, German, Greek, Latin and English. He was the recipient of numerous prestigious awards.

May he Rest In Peace, and may his memory be eternal. 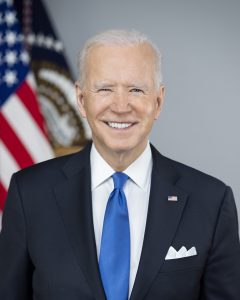