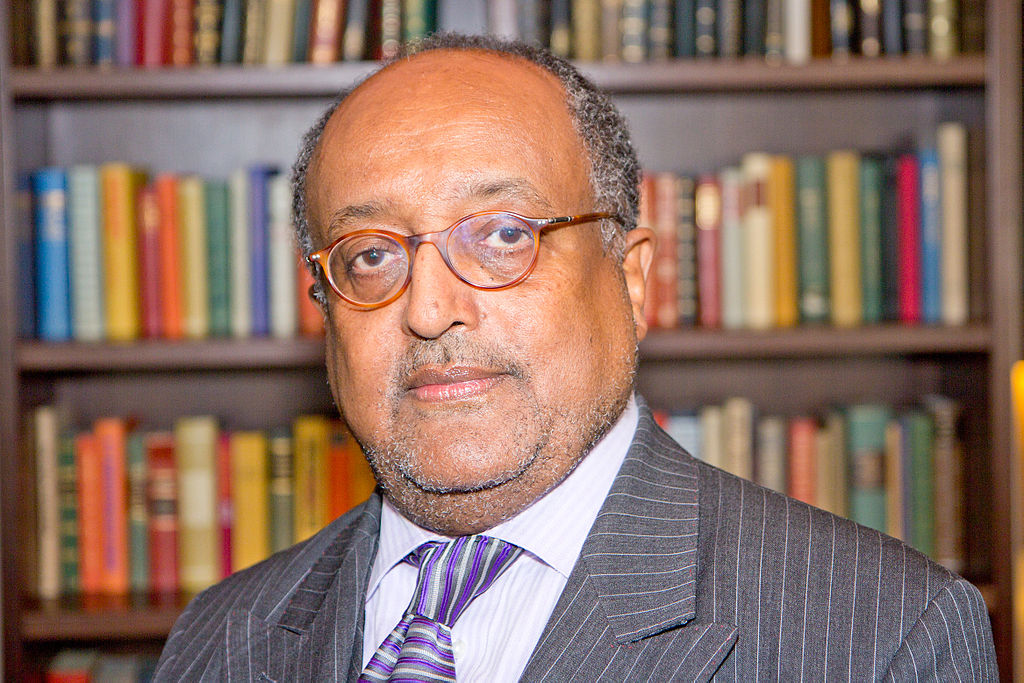 “Thank you for inviting me to be here today.

It’s a great honor to speak at this august forum and I dare say that it is the lack of Ethiopianness that has caused us all these problems in the past years and I sincerely hope you will go on preaching the virtues of “Ethiopianness” and that sooner or later we all Ethiopians will realize that wherever and whoever our fathers were, we all stem from the same womb called Ethiopia. ”

It is indeed a great pleasure for me to attend this international virtual conference on why Western reactions to the current crisis in Ethiopia has been so harsh and unfair.

Allow me now to briefly outline some of the reasons why Ethiopia is indeed vulnerable to crises.
There are undoubtedly external and internal reasons for this vulnerability.

The internal factors leading to this fragile state of affairs can be probably found in our country’s recent history.

It could be said that ever since the 1960 coup d’etat against the imperial government, Ethiopia has been prone to some kind of crisis or the other, which, with a few years of peace in between, has been plaguing us for over sixty years.

The Imperial Administration, unfortunately did not read the signs that under the administration of General Menigstu and failed to transform the system of absolute monarchy into a constitutional one. After the demise of the imperial rule, Mengistu’s military dictatorship brought only misery to our people.

After the departure of Mengistu Haile Marian our hopes were very high that we had finally learned from our mistakes and that a true democratic state would be established in the future.

The vicious Dirge was succeeded by the racist Tigray People’s Liberation Front (TPLF), replacing the primacy of unity with an obsession for ethno-centricity and re-imagining Ethiopia as a collection of linguistic groups rather than individual citizens.

Since 2018 we have a prime minister who has given us assurances that he wishes to reconcile and find common ground between unity and diversity and between the country’s past and its future.

Let us hope that this great promise will actually take place and will be fulfilled after the elections have taken place and that the present state of affairs which is totally unbearable, like the killings in Wallega, Beni Shangul, Northern Showa, and other regions of Ethiopia will never happen again.

Now let me say a few words about the external factors that have contributed immensely to the fact that Ethiopia has been a fragile state for quite some time.

Also here Ethiopia’s long history does play an important role and there are certain facts that we Ethiopians have to accept. For example that there are certain states that have always envied the sheer existence of Ethiopia as a nation-state for three millenia.

They never could accept that Christianity was introduced to Ethiopia many decades before it wsa accepted in the majority of European countries.

Above all the existence of European statehood since time immemorial was also was contrary to their non-held beliefs that nation-building was an art in which only Europeans exalted and Africans can only envisage the rule of tribal chiefdoms.

That is why they made tribalism a European weapon of colonialism.

They were well aware in those days when Africa was being colonized which tribe was at war against which one and they offered their support to one of them in the form of gifts and military armaments.

Ladies and Gentlemen, once the Europeans were carving up Africa here was Ethiopia chasing out the invader at the Battle of Adwa which did not make us dearer to western governments.

During my study at the University of Tubingin, I used to attend the classes of a very famous German political scientist who was a specialist on Africa. He loved Africa and I had the honor of being befriended with him in later years. He was indeed an admirer of our country and I’ll never forget what he used to tell me in those days.

”You, Ethiopians, should always be careful to forge alliances with the Western world. They make you feel comfortable in their embrace due to your geo-strategic structure, but I can assure you that they will never trust you, for they have never forgiven you for what you did to them after the Second World War.”

“First of all, you always gave them a tough time since you joined the United Nations in 1945 and demanded the immediate decolonization of the African continent at every session. Then you went and brought a man who they saw as a terrorist named Nelson Mandela and brought him, with an Ethiopian passport to your country, trained him and sent him back to South Africa so that he should help overthrow the White Minority Government.”

“That was not enough for you. You joined the Non-Aligned Movement, making yourself popular with the Western countries who thought you were untrustworthy. Finally, you gathered all the African countries together to found the Organization of African Unity which became another headache to Western governments. But let me tell you, that most of all, you Ethiopians will never be forgiven for being the beacon light of all Black people of this world who see you as their primary source, to teach them that they should see themselves as equals to their fellow white human beings.”

As I was warned by my teacher the way our Western friends have treated us these past couple of months has not come to me as a big surprise.

As long as we can’t adopt a system of trust, credibility and inclusivity in our country, I can assure you there is little the West can do to dismantle the Ethiopia which we cherish.

Should we, however, allow ethnic hatred and disunity to become the order of the day, the very survival of Ethiopian nationhood will definitely be at stake.

So, ladies and gentlemen, let us not depend on external factors to change our present predicaments and let us raise ourselves to the duty of opening a new era for our people with a new constitution where ethnicity will no longer play a vital role as a fundamental principle of state organization.

The future political development of our country will depend on the trust of the population in an honest and efficient government and the economic success of our state.

May the Almighty help us to create a truly new, democratic federation where justice will reign supreme and where all the 120 different ethnic groups that live in Ethiopia will indeed live in peaceful coexistence, under the motto “Unity in diversity and diversity in unity.”

Thank you very much.