Ethiopia reached a peace agreementwith the Tigray People’s Liberation Front (TPLF) rebels this month. The Nov. 2 deal follows two years of fighting that killed about 500,000 people and displaced 3 million from Tigray, a region in northern Ethiopia.

Article 6 of the agreement lays out the terms for disarmament, demobilization and reintegration of the TPLF combatants. But these types of programs fail almost half the time. Will the Ethiopian peace agreement hold — and can Ethiopia avoid another conflict?

The peace agreement is a necessary first step in ending the two-year conflict. But my research suggests a lasting peace will require demobilization and reintegration plans that ensure the economic and social well-being of rebel commanders and combatants.

Disarming, demobilizing and reintegrating rebels (DDR) is one of the most important factors for post-conflict peace. But the Ethiopian accord only pays lip service to DDR. Article 6 lays out a stringent timeline for disarming the rebels within 30 days, without a specific demobilization plan or program to reintegrate fighters into society. And the accord recognizes that Ethiopia has only one defense force. There is no plan for security sector changes, and TPLF fighters will not be incorporated into the country’s armed forces. Article 6 also specifies that the program will be designed and implemented according to Ethiopia’s constitution, without any international support.

What happens to rebel fighters is one of the most expensive post-conflict interventions — and the stakes are high when it comes to reconciling rebels with civilians and promoting long-term peace. Since this approach began in the 1980s, 73 DDR programs have been implemented across the world. My research shows that these programs fail almost 50 percent of the time, with rebels rearming to continue the fight.

Ethiopia has already managed two demobilization programs, from 1991-1995 and 2000-2005. The first program targeted the Derg regime’s soldiersafter rebel victory and was a partial success. Peace failed for a short period when the Oromo Liberation Front (OLF) withdrew from the transitional government in 1992 and rearmed. Some of the Derg soldiers assembled in demobilization camps became unhappy with the reintegration program, and also joined OLF. The rebellion was soon crushed and OLF combatants were sent to demobilization camps. Following this episode, Ethiopia successfully demobilized over 500,000 combatants.

The first program provided veterans with temporary financial support, as well as skills training, formal education, land and job opportunities, costing a total of about $196 million. Due to lack of funds, the Ethiopian government depended on donor support to reintegrate the half a million fighters. A World Bank survey found that ex-combatants were socially accepted into civilian communities and were not poorer than the general rural population.

The second DDR program targeted 148,000 Ethiopian army soldiers after the war with Eritrea. The program extended to six years due to lack of funds: Ex-combatants were promised financial and technical support that failed to materialize. The program’s total cost was $174 million, with less than $3.1 million paid by the Ethiopian government. The World Bank lent Ethiopia $170 million to implement the DDR program.

This program was a success in that the soldiers did not rearm or join insurgents. Social reintegration also happened smoothly. But ex-fighters’ assets deteriorated gradually, according to a World Bank surveyafter the program ended.

In both DDR programs, detailed program design and funding, as well as international funding, determined eventual success. But the government of Ethiopia has accrued a burgeoning foreign debt since the end of the last DDR program. In 2021, it owed foreign lenders 57 percent of its national income. National debt stood at about 40 percent during previous DDR programs. Considering the government’s current economic performance, affording a costly demobilization and reintegration program is wishful thinking. Without such a program, peace will remain elusive.

For Ethiopia, that’s a big question. The African Union lauded the peace negotiations, which excluded representatives from the Global North and the United Nations, as providing “African solutions to African problems.” But the DDR program is unlikely to succeed without technical support and funding from international organizations.

Successful DDR programs, the research shows, require a plan of action with a detailed timeline, secure funding and technical support for reintegration of rebel forces. In Ethiopia, this would mean building demobilization camps for TPLF fighters and training the group’s commanders in managing their combatants after conflict formally ends.

Typically, the standard U.N. practicefor ensuring rebels do not rearm involves breaking the rebel wartime command-and-control structure after disarmament. This would mean separating TPLF commanders from the rank-and-file combatants.

In Ethiopia’s civil war, violence against civilians is eroding support for the government

But my research suggests that for rebel groups with a strong command-and-control structure — like the TPLF — DDR is more likely to succeed if the government assembles combatants in demobilization camps and provides them with educational opportunities, vocational training and prospects for employment. This temporary period during which active combatants are assigned to camps for processing, discharging and disarmament is called “cantonment.”

The TPLF has deep roots among the 7 million Tigrayans. Some TPLF commanders are former high-ranking Ethiopian military officers or political leaders who once held top positions in the federal government. Sidelining them from the demobilization and reintegration program is likely to create adverse incentives for rearmament.

For the November peace deal to hold, the Ethiopian government is most likely to succeed if it trains rebel commanders in peacebuilding. These efforts would include ensuring combatants’ security during cantonment through cooperation with the Ethiopian armed forces, providing economic opportunities, and starting reconciliation programs with civilians and victims of conflict.

@sally_sharif1) is the Simons Foundation Canada Postdoctoral Fellow at Simon Fraser University. She holds a PhD in political science from the City University of New York. 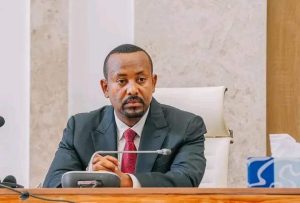 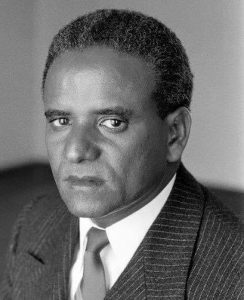