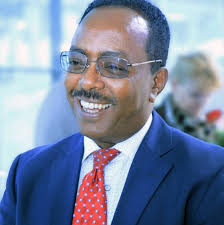 Ethiopia on Tuesday admitted that a UN security team was shot at but for breaching passage protocol at the Shimelba camp for Eritrean refugees in the restive Tigray region, country’s northernmost state.

“Yes,” said Redwan Hussein, the deputy foreign minister and head of the emergency task force, “some were [briefly] detained, and some shot at [on Sunday].”

This came in a press briefing he gave together with Mitiku Kassa, the commissioner for the National Disaster Risk Management.

“They broke two check points,” he said, adding that they were shot at to prevent them from breaking through a third. “Ethiopia is not a no-man’s land.”

The UN and Ethiopia confirmed on Dec. 2 a deal for “unimpeded, sustained and secure access for humanitarian personnel and services” in Tigray and its bordering regions.

On Nov. 28, Prime Minister Abiy Ahmed said the operation was over, and what was left was tracking down on the suspects who would face charges of high treason, reconstruction, relief and rehabilitation as well as instating the newly established interim administration in Tigray.

According to Mitiku, 1.8 million beneficiaries would be served with the current arrangement of relief aid delivery that constitutes both food and non-food items.

Wheat, pulse, and edible oil are among the food items that would be distributed to the needy in the region.

He said there might be 30% to 40% of urban poor who would be needing relief, adding that joint assessment would be conducted with international partners and the ministries concerned.