The US Congress on Tuesday advanced a stringent Ethiopia sanctions bill as President Joe Biden’s administration tries to bring Prime Minister Abiy Ahmed and the Tigray People’s Liberation Front to the negotiating table.

“No one in the US Congress has the slightest interest in taking sides in this conflict,” Mr Malinowski said before the committee vote.

“The government of Ethiopia, the government of Eritrea, they have the greater capacity to cause suffering, but there are credible reports implicating every armed group of the most terrible abuses.

“What we are saying today is simply that it has to stop.”

Mr Malinowski’s bill would impose sanctions on anyone who undermines a negotiated settlement to Ethiopia’s civil war, has committed gross human rights breaches in the conflict, has hindered the delivery of humanitarian aid or has attacked UN staff.

It would place sanctions on anyone who has provided conventional arms, training or financial support to any party in the war.

It would also require the Biden administration to use Washington’s influence at organisations such as the International Monetary Fund to block loans to Addis Ababa, and stop the US International Development Finance Corporation from funding projects in Ethiopia.

The legislation would allow the president to lift the sanctions if he determined that the belligerents “have agreed to and are upholding a ceasefire and undergoing an inclusive political dialogue in Ethiopia”.

Although he has not yet imposed sanctions on Ethiopian or TPLF officials, he did place them on several Eritrean military leaders in November under the executive order.

The Biden administration has also removed Ethiopia from the African Growth and Opportunity Act – a key trade pact granting eligible participants in Sub-Saharan Africa duty-free access to the US market for thousands of products – over human rights breaches in Tigray.

“This bill is designed to reinforce and to supplement the administration’s effort,” Mr Malinowski said.

The legislation would require Secretary of State Antony Blinken to determine whether actions by the Ethiopian government or TPLF constitute a genocide within three months after the bill becomes law.

The provision is notable because the administration has intentionally paused a legal review considering whether the Ethiopian government’s actions in Tigray amount to genocide as part of a bid to draw Mr Abiy to the negotiating table.

Gregory Meeks and Mike McCaul, the Democratic chairman and top Republican on the foreign affairs committee, have co-sponsored the legislation, increasing the likelihood that it receives a full debate and vote on the House floor.

Ethiopia has cut internet, phone and media access in Tigray since the conflict erupted in 2020, while reportedly complicating or halting the delivery of humanitarian aid to the war-torn region.

Witnesses have described widespread human rights abuses in Tigray, including the displacement and murder of civilians, gang rapes, the destruction of civilian infrastructure and the burning of crops.

Amnesty International has documented sexual violence and civilian casualties in Tigray at the hands of Ethiopian forces and their allies. 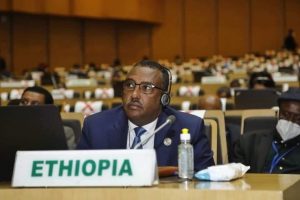 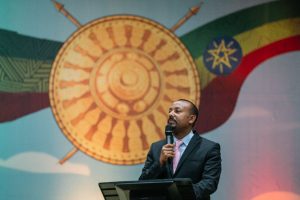